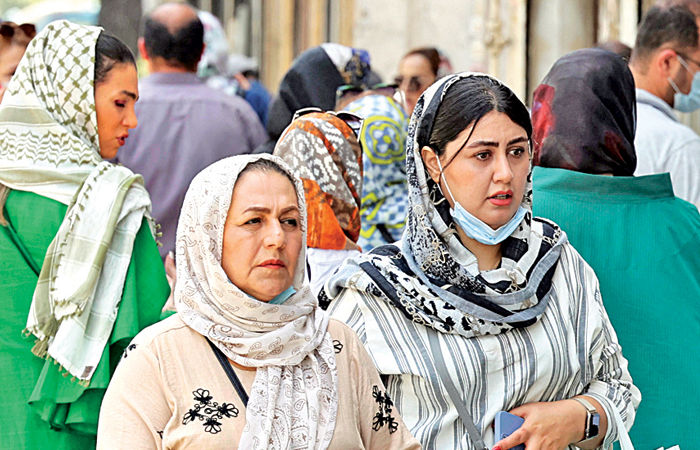 Tehran: On the one hand, while Muslim students are demanding permission to wear hijab in schools and colleges in Karnataka, on the other hand, women in Iran, a Muslim-majority country, are demanding freedom from hijab. Women are taking to the streets with this demand and are also making videos of removing hijab. Due to which this matter has become a topic of discussion across the country and in Muslim countries.

Hijab has been made mandatory by the President and Government of Iran, following which these women have started protesting against the Government and the President by making videos. President of Iran Ibrahim Reisi is also a Maulana. He also has the support of most of Iran’s conservatives. However, the youth of the country are coming out of this orthodoxy and are openly opposing it.

Iranian youth claim that Iran’s hijab law is encouraging corruption. As women and youth are protesting against Hijab, the government has stopped this protest and many people are being detained. The administration is currently looking for people who oppose the hijab. Also, to convince the angry women, the government is now celebrating the festival of hijab and chastity. One such festival program was held at Azadi Stadium in Tehran.

According to the current regulations in Iran, women have to cover their heads. Women cannot go out in public without covering their hair. However, these rules are strictly enforced in Mashhad and Qom provinces, while in the capital Tehran, women are seen to move freely. Hijab rules were tightened last year, with women who violate them being deprived of some government facilities. Due to which, women are taking to the streets to oppose these rules.