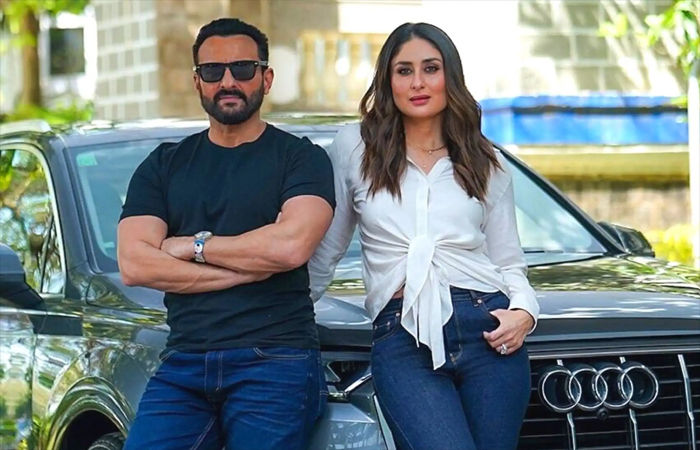 Kareena Kapoor Khan is currently a mother of 2 children. She is enjoying a vacation in London with both her kids Taimur, Jeh and husband Saif Ali Khan. Some photos of Kareena’s vacation went viral and then it was said that Kareena Kapoor Khan will be the mother of the third child. At the same time, a discussion about Kareena’s third pregnancy has also been seen on social media sites. Fans were shocked to hear this news. At the same time, many memes about Saif, Taimur and Jeh have also started going viral on social media. Meanwhile, Kareena has revealed her Instagram story. 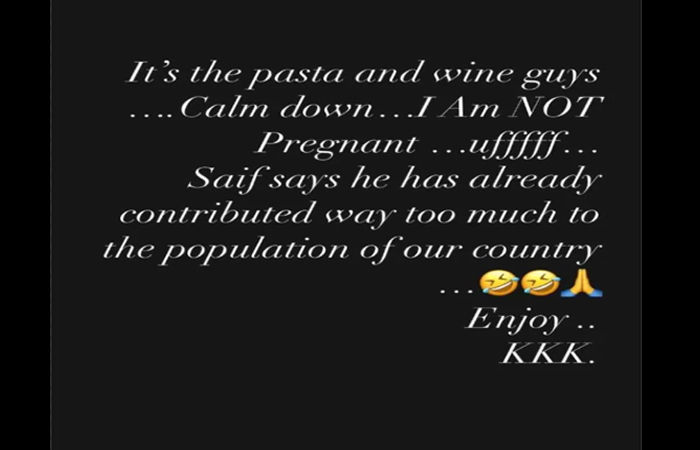 Curry wrote, ‘It’s pasta and wine guys…calm down…I’m not pregnant. Phew…says Saif, he has already contributed a lot to the country’s population growth. Enjoy…’ along with this, Kareena has also posted a smiling emoji.

Kareena Kapoor made people aware of the truth about her pregnancy in a unique way. This post of the actress has made it clear that she is not going to be a mother and the news that is doing the rounds is only rumours.

Let us tell you that last year Kareena gave birth to another son. She shot for her next film Lal Singh Chadha while pregnant. These days she is taking a break from work and enjoying a vacation. Aamir Khan is in the lead role with Kareena in this film. Through this film, Aamir will be seen on the big screen after 4 years. Apart from Aamir, Kareena, the film also stars Naga Chaitanya and Mona Singh. Naga Chaitanya is debuting in Bollywood with this film. Lal Singh Chadha will release on August 11.