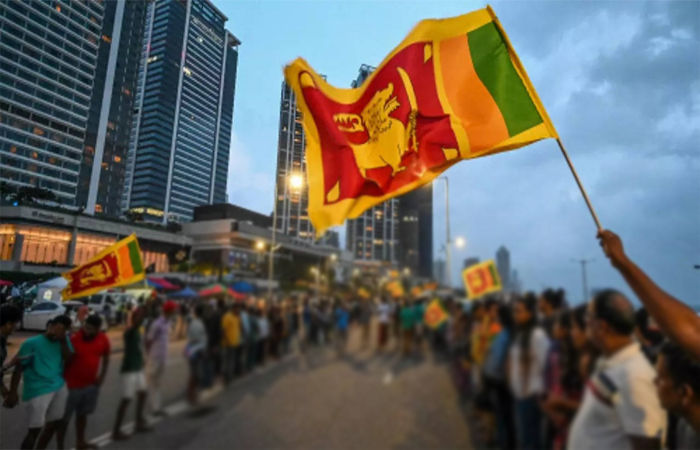 – People leave their tanks and stand in line for fuel

– Sri Lanka’s economy was booming at a time when the middle class was developed and happy before the economic crisis.

Colombo: In Sri Lanka, people have to leave tanks due to shortages and queues for fuel. It is a hard truth that at a time when the country’s economy was booming and its middle class was developed and happy even before the economic crisis became severe.

The Sri Lankan prime minister said last month that the island nation’s debt-ridden economy had collapsed. There is also no money for food and fuel. There are no foreign funds to buy essential items (medicines) and it has become a ‘defaulter’ even in installments of debt repayment. We have sought loans from India, China and the IMF.

Ronil Wickremesinghe, who took over as prime minister in May, said it was a daunting task to revive the economy, which had reached its lowest point. Meanwhile, Prime Minister Ronil Wickremesinghe and President Gotabhaya Rajapaksa both agreed to resign amid unusual anti-government riots in Sri Lanka, forcing them to flee. As people set fire to the prime minister’s residence and attacked the president’s palace, President Gotbaya fled the palace to escape the rioters. Earlier, they had landed on a naval ship. Such news was received but no message from them later. Thus, the country has become almost without leadership. Not the Prime Minister or the President.

How serious is the economic crisis in Sri Lanka?

Sri Lanka currently has a debt of 21 billion. He can’t even pay the interest on the loans he got. Tourism is the main source of income for the country but the sector has almost come to a standstill due to the Kovid epidemic. They also said that tourists did not go to Sri Lanka due to security concerns after the terrorist attacks there in 2014. Its currency has fallen by as much as 30%. As a result, imports have become very expensive while growth, even if a little too much, is hurting.

Inflation, on the other hand, has gone out of control and is as high as 3%, according to official figures. As a result, the country is in a state of bankruptcy. It does not even have the funds to import gasoline, milk, cooking gas or toilet paper.

Widespread corruption in the political arena is also becoming a serious issue. Not only is the country’s capital wasted because of corruption, but efforts to bring the country out of the economic crisis have also been hampered by corruption.

Anit Mukherjee, a policy fellow and economist at the Center for Global Development, said the IMF and the World Bank must also ensure that the funds they provide are not misused. Sri Lanka is one of the busiest routes in the world. So its economy must not collapse. Not only is there a shortage of food in this tropical country, but people are starving. According to sources, 6 out of 10 families leave the tank. 4 million people have to be provided emergency humanitarian assistance.