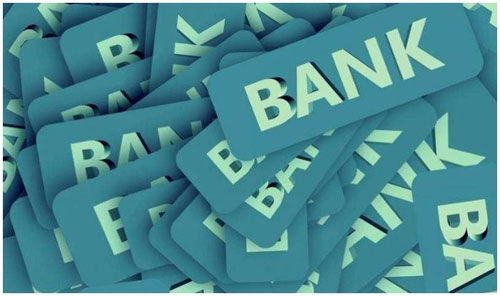 – Government has not been able to privatize for 30 years, but private companies are interested in deposits of 165 lakh crores of banks: questioning the safety of depositors’ capital

Government of India is determined to privatize banks, but corporate houses cannot afford to buy banks. RBI rules prevent them from buying banks. Government can sell 5 to 10 percent shares of any nationalized banks to private companies. It is necessary to buy more than 50 percent shares to own the bank. Secretary of All India Bank Employees Association CH. According to Venkatachalam, changes in the law are necessary for the privatization of banks. In the Bank Nationalization Act, it is imperative to amend the Banking Companies Acquisition and Transfer of Undertakings Act. It is mandatory for the government to hold at least 51 percent of the shares of the nationalized bank. Private shareholders should not have more than 49 percent of the shares. Even after buying the shares of the nationalized bank, the private company does not get more than 10 percent voting rights. Even after buying the shares of the bank without voting rights, the buyer of the shares does not get the right to take decisions regarding the bank, so the buyer of the shares does not get control of the bank. That is why the bank has nothing to do with it. It is necessary to change the law. One of the issues in the privatization of banks is the implementation of the government scheme. Private banks will not implement Jandhan, Mudra or Atal Pension Yojana. The question is who will implement the government’s plans for direct benefit transfer after privatisation. The government knows that private banks will not help in this. So the government is hesitating before privatizing the banks. There are constant claims that private banks are more efficient. But people of India also do not trust private banks to help people. They have more faith in nationalized banks even among buildings with lavish facilities. Scams in private banks are also big. Controversies of Lakshmi Vilas Bank, Yash Bank are public. ICICI Bank’s Chanda Kochhar episode also erodes public confidence in private banks. Nationalized banks have more confidence in them despite the slight weakness in their services. People are against the trend of privatization. If the decision is taken to privatize the banks, people will be angry. The new generation of youth is interested in the good convenience of mobile banking whether it is a government bank or a private bank. Another thing that is going to happen in privatization is the safety of the capital invested in private banks. People feel their money is safer in government banks than in private banks. The decision to privatize nationalized banks can also have a direct impact on the vote bank of the government.

There are also pressures on the government to privatize. The IMF and the World Bank are constantly telling them how long they will spend government budget money to maintain the capital of the banks. IMF-International Monetary Fund and World Bank are putting pressure on Indian government for privatisation. If the bank can be given to a private company of its choice, the government has no objection. But private companies want voting rights along with bank shares. Private companies will not come forward to acquire nationalized banks without voting rights. Private companies are interested in deposits of 165 lakh crore in banks. So the lobby favoring privatization is constantly pushing. Privatization has little political benefit for the government. However, the monsoon session of Parliament will bring an amendment bill for the privatization of banks.