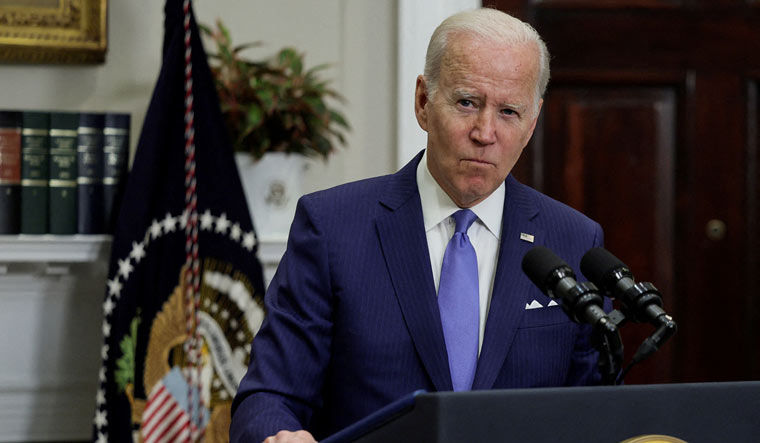 US President Joe Biden will sign an ordinance authorizing abortion. The White House statement said the Democratic Party had requested the president to bring in an ordinance as women’s organizations across the country demanded the right to abortion. Women will be allowed abortions after the new order.
The US Supreme Court overturned the abortion permit. The abolition of abortion was approved by the US Supreme Court 40 years ago, but the same decision was overturned by the Supreme Court 30 years later. The women then staged demonstrations for legal approval of the abortion. Pressure on the government has also increased as women’s organizations across the country have staged widespread protests for the right to abortion. The Supreme Court ruling was criticized by several leaders, including President Joe Biden, Vice President Kamala Harris and former President Barack Obama. Democratic lawmakers even made representations to the president for an ordinance.
A statement from the White House said, “President Biden will sign the ordinance as the Democratic Party continues to make representations.” The ordinance would allow women to have abortions. This will lead to the resumption of abortion clinics across the country. The impact on healthcare services will also be less. Currently, the healthcare sector is affected in many states. In many states, the practice of pregnancy test, including abortion, has been completely discontinued, putting pressure on the government to introduce it. This ordinance will reduce the potential penalty. This step will be taken to protect the abortion law. However, this arrangement will be temporary. This is because the bill needs to be passed by both houses of the US Congress for legal provision. Biden has suggested to the American Congress to change the law for this.