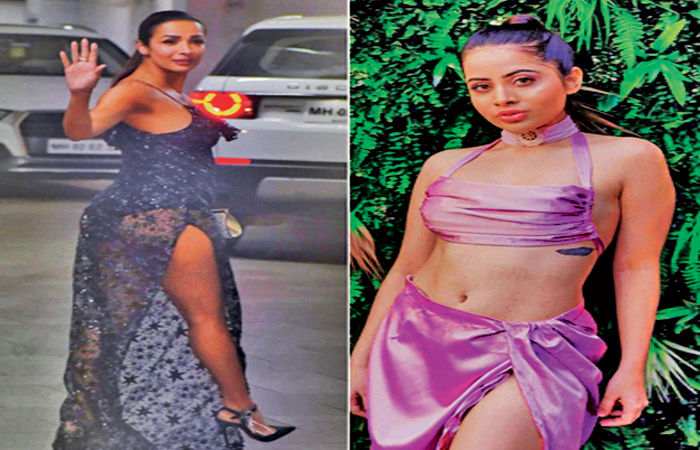 Mumbai: Social media sensation aka Javed and Malaika Arora are likely to get into trouble. Both of them have been accused of spreading obscenity in the country. Both social activists and non-governmental organizations have filed a complaint against the actress. He has given a letter to the Commissioner of Police and also some pictures of himself as proof.

According to media reports, the complaint states that alias Javed and Malaika Arora are going against Indian culture. So the youth are getting wrong messages. Women are revered in India. Therefore FRI should be registered with immediate effect for such behavior of these two actresses. One by one, colorful pictures and videos of Urfi Javed are going viral on social media. A few days ago she was seen semi-nude. After this, it has also been criticized. He is insensitive to people’s comments and criticism. When Malaika Arora is also seen in public wearing a dress rather than showing off her body, the NGO has also taken her under wraps.

Currently, Ranveer Singh did a nude photoshoot and posted it on social media. Even after that there was an uproar and a case has been registered against him.