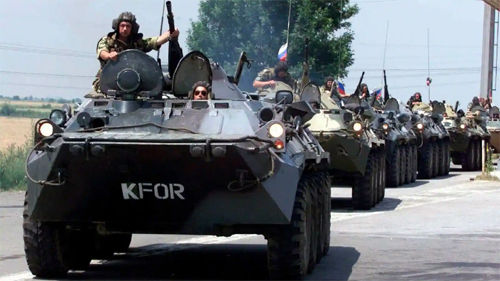 – The first major agreement between the two countries after Russia invaded: America welcomed these agreements

The food crisis caused by the Russia-Ukraine war is expected to ease from Friday. A special agreement is to be signed with the joint efforts of Turkey and the UN so that Ukraine will be able to export food through the Black Sea, thereby easing the world’s food crisis.

Ukraine, Russia, Turkey and UN President Antonio Guterres are also scheduled to sign the agreements on Friday morning. Guterres has arrived in Istanbul for these agreements to be signed. However, Kiev and Moscow have not specifically said this. Oleksiy Honyarenko, MP from Odessa, said in a conversation with the BBC that no agreement has been reached yet.

Russia will maintain a ceasefire to facilitate the completion of this agreement.

It is also worth mentioning that Russia’s grain is also going to be exported from the Black Sea. Also, the special thing is that the ships which will come to take grain will be thoroughly checked and it will be seen that weapons or ammunition are not brought in those ships because often weapons and equipment are smuggled by grain ships.

It is well known that Turkey and the UN have been working continuously for two months to resolve the impending food crisis worldwide due to this war. Ukraine claims that Russian warships are intercepting ships carrying grain to Ukraine, while Russia has accused Ukraine of laying ‘mines’ in the sea and has said that Western sanctions are responsible for this situation.

Keeping that dispute aside for now, the world is relieved that both the countries have agreed to export grains and oilseeds. Turkey and UNO’s two months of hard work has paid off.