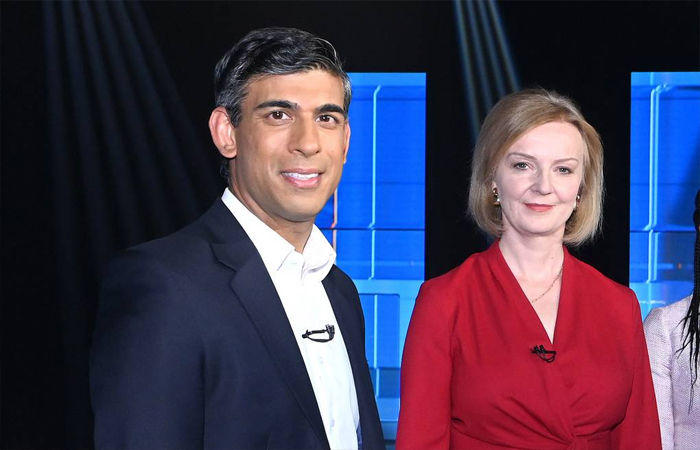 – On September 5, the new PM and leader of the Conservative Party will be announced in Britain

Rishi Sunak seems to be falling behind in the race of British PM. A recent poll has the Foreign Secretary trailing Liz Truss by 34 points. In a survey by YouGov, almost 60% of people named Liz Truss as their choice to be Britain’s new PM.

Liz Truss received 60% of the vote in a YouGov survey. While Rishi Sunak got only 26% votes. That is, they are behind by 34 points in this survey. In Britain, Boris Johnson resigned from the post of PM. At present there is a Conservative Party government in Britain. On September 5, the new PM and leader of the Conservative Party will be announced in Britain.

Elections are held in two phases

In Britain, the election of the leader of the Conservative Party is held in two stages. In the first phase, MPs of the party vote. The voting process continues until two candidates are left. This time voting has been done in 5 phases. Then two candidates Rishi Sunak and Liz Truss are left in the last race. Importantly, Rishi Sunak has been the first choice of MPs in all these 5 phases. Now this phase has been completed. Both the candidates are holding rallies across the country seeking votes from the party members.

In the second phase, only party members have a role. 1.8 lakh members of the Conservative Party will choose one of these candidates as their leader by postal vote. The one who gets the most votes out of the two candidates will become the leader of the party and the next PM. However, before the voting, all the surveys have come out in which Rishi Sunak is seen falling behind.