A sudden hailstorm caused a collision between several cars

Hail rained from the sky for half an hour along with the storm in Canada’s western province of Alberta. 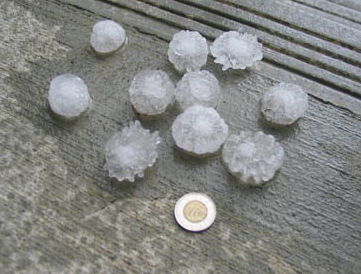 In Canada’s western province of Alberta, numerous vehicles’ windows were broken as hail fell in the sky for half an hour with the storm. Three to four inches of hail caused panic among the people. The drivers were troubled when hail started falling suddenly. Due to this, many vehicles collided.
Three to four inches of hail fell in Canada. Three to four inches of snow fell from the sky for half an hour with the storm in the western province of Alberta. As this situation suddenly happened, panic spread among the people. Motorists who were on the road were suddenly unable to see anything on the road, causing minor collisions between several vehicles. The windows of many vehicles were broken. The hail fell for about half an hour, according to the Royal Canadian Mountain Police Force. Its size was reported to be very large. Hail rained up to about 10 centimeters. That is, three to four inch pieces of snow rained down and there was a stampede. According to the police, the owners of 34 vehicles claimed the damages. 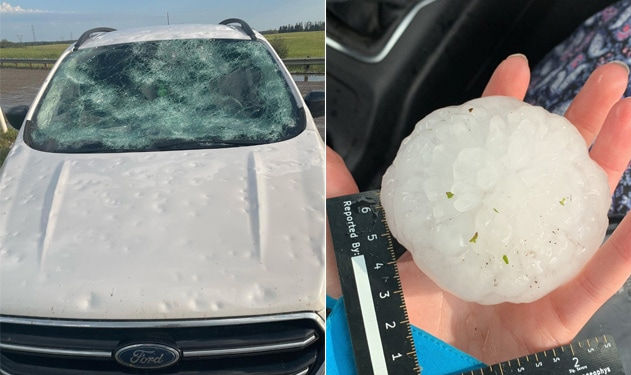 Hail incidents occur at numerous places. All over the world including India, such incidents are reported throughout the year, but the hail size is not very large. However, hail can cause injury if it falls directly on people. Hail that hits directly from the sky can injure the skin and cause head injuries. It is not advisable to venture out during hailstorms. So its average size is barely one inch. When three to four inches of hail fell in Canada, panic spread for a while. Scientists considered this a serious sign. He expressed concern that such incidents may increase in the near future due to global warming.