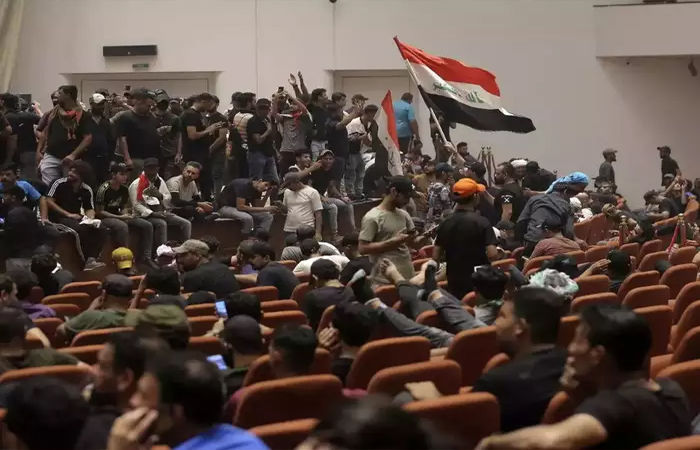 Thousands of supporters of an influential Iraqi cleric stormed Iran’s parliament on Saturday, the second such incident in a week.

These supporters are opposing efforts to form a government in Iraq by Iran-backed groups. On the other hand, Iran-backed political parties have called for counter-demonstrations, raising fears of a civil war in Iraq.

The protestors who entered the Parliament said that we are not going to move until our demand is answered. However, no MP was present as the Parliament was not in session on Saturday.

On the other hand, the police released tear gas shells to disperse the protesters. A total of 125 people have been injured.

Earlier, after the appeal of the influential cleric Muqtada al-Sadr, the protesters tried to barricade the entrance to Iraq’s Green Zone. Government buildings are located in this zone.

Al-Sadr opposes attempts by Iran-backed political groups to form a government in Iraq and has called for demonstrations against it.

Even before this, in 2016, the supporters of Al Sadr had made such demonstrations. On the other hand, pro-Iranian groups have asked their supporters to take to the streets to save the country. Because of this, there is a threat of civil war breaking out in Iraq.