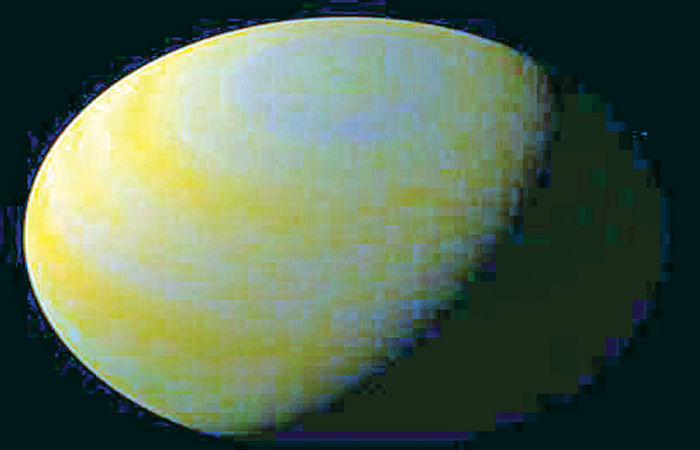 – About 5,000 exoplanets discovered so far have not been found to contain water, water particles or water vapor

The વેબ 10 billion James Webb Space Telescope has made a special discovery in our Milky Way galaxy thousands of light-years away on a planet with the WASP-3-B sign orbit. This may be the first evidence of water vapor on a planet in space. This special planet was discovered in 2013.

According to expert astronomers, the vast expanse of water has not yet been discovered. However, NASA scientists are very happy to see an important sign of water vapor on this new planet. As many as 2,000 exoplanets discovered so far have not been found to contain water, water particles or water vapor.

This new planet is called Exoplanet by NASA astronomers.

NASA sources said that at a distance of about 1,150 light-years from Earth and in the phoenix constellation WASP-3-B, the planet’s atmosphere is extremely hot. That is his scene.

Moreover, the features of this planet are also special. That is, the mass (mass) of the planet WASP-2-B is half the mass of the largest Jupiter planet in our solar system, while its diameter is 1.5 times the diameter of Jupiter. The temperature of this new planet, however, is as high as 3 degrees Celsius. That means this planet is very hot.

Simply put, the distance between this planet and its parent star is even smaller than the distance between our Mercury and the Sun. In addition, this large, spherical, orbiting planet completes one orbit around its parent star in just three and a half days. That is, one day of this planet is equal to three and a half days of our earth. That meant a little more than a day and a half of sunrise and a day and a half of night. It is worth mentioning that in the telescope, when the planet came in front of its parent star, light was thrown from behind it. Only with the help of that light was there a sign of water vapor on that planet. However, it is unknown at this time what he will do after leaving the post.