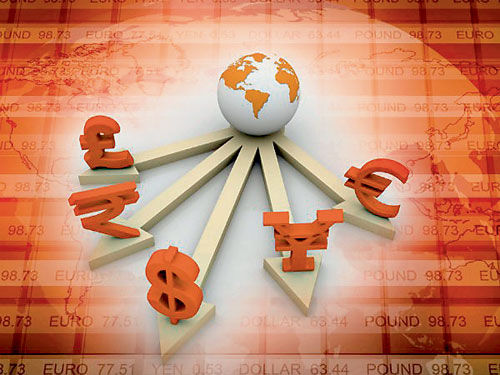 – After the Russia-Ukraine war, all the countries of the world including India needed an alternative payment system for global trade

– A country’s currency is accepted globally only when the value of that currency is high, stable and stable compared to other currencies.

After the Russia-Ukraine war, all the countries of the world, including India, felt the need for an alternative payment system for global trade. Recognizing the need of the hour in India’s context, the Reserve Bank has recently approved the use of rupees for payment settlement in global trade and will create a ‘mechanism’ for the same. The objective of this new arrangement is to facilitate foreign trade with other countries of the world, facilitate payment to exporters, promote exports, create additional arrangements for export-import invoicing, payment and settlement.

This move by the Reserve Bank will also help in the interest of exporters and in achieving the long-term objective of internationalization of the rupee.

Western countries, including the United States, imposed strict sanctions on Russia, which invaded Ukraine, banning trade in dollars. Due to which other countries especially India are having difficulty in buying crude oil and other commodities from Russia. As part of the solution to this problem, the Reserve Bank has finally opened the door for foreign trade payments to be made in rupees.

The Reserve Bank has detailed the framework for cross-border trade transactions in rupees under the Foreign Exchange Management Act, 1999 (FEMA):

1. Under this mechanism all exports and imports can be denominated and invoiced in rupees.

2. Exchange rates between the currencies of two trading partner countries may be determined by the market.

3. Under this arrangement, merchant payments must be settled in rupees.

Indian importers importing under this mechanism have to make payment in rupees against the invoice for supply of goods or services from foreign seller or supplier to a special vostro account of an authorized bank of the trade partner country.

Similarly, Indian exporters who undertake export of goods and services under this mechanism will have to pay the export payment in rupees from the balance deposited in the special vostro account of the authorized bank of the trade partner country.

In the early 1960s, the rupee was accepted in Gulf countries such as Qatar, UAE, Kuwait and Oman. India also had payment agreements with Eastern Europe under which the rupee was used. However, unfortunately this system was discontinued in the mid-1960s.

However, there are many challenges facing the rupee in the way of becoming a global trade currency and internationalization.

Currency market experts say that while internationalizing the rupee is easier said than done, increasing global trade in terms of the rupee in exchange for the now popular universally accepted dollar will be much more difficult. The rupee has to be made fully convertible.

India needs to start exporting in large numbers to other countries to make rupee an international currency. Also, India needs to be productive as this will greatly help the rupee to become a trading currency.

For example, on March 23, Russian President Vladimir Putin announced that European countries would have to pay for all natural gas imports in the Russian currency, rubles, instead of US dollars or euros. Putin can make such a demand because Russia supplies 40 percent of the European Union’s natural gas needs. If the rupee is internationalized, India will become truly self-sufficient.

Rupee to ‘Strengthen’ Against Dollar:

As the US Fed Reserve continues to signal interest rate hikes, the value of the Indian rupee is continuously eroding, which is the biggest challenge in the direction of internationalization of the rupee. Globally, any country’s currency is accepted only when the value of that currency is high, stable and stable compared to other currencies. Indian rupee is currently making new lows against the dollar on a daily basis. In such a situation it may be difficult to convince the other trading partner country to accept payment in rupees.