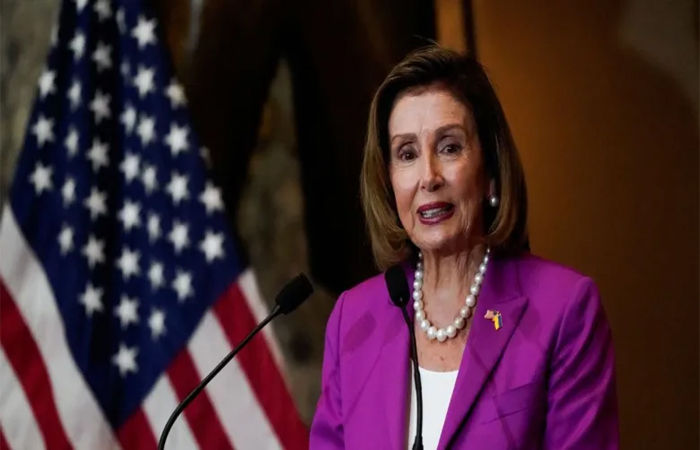 – He arrived in Singapore : Chinese President Xi Jinping reiterated: Those who play with fire are consumed by fire

Singapore: Speaker of the US House of Representatives (Lok Sabha) Nancy Polosi has started her tour of four Asian countries from here (Singapore). He is also scheduled to visit independent Taiwan. So they have also taken the risk of falling prey to China’s fear.

On Sunday, Pelosi’s office said, she is going to lead a congressional delegation to the area. Their trip will cover Singapore, Malaysia, South Korea and Japan. However, Taiwan is not mentioned in this list.

A visit to Taiwan by US officials will vindicate Taiwan’s pro-independence camp. This is China’s clear opinion.

The US does not even have official diplomatic relations with Taiwan, but US law clearly requires Taiwan to provide adequate support for its protection.

It is worth mentioning that Pelosi is in the third place in the US presidential succession. He is also a long-time critic of China. Meanwhile, if he visits Taiwan as well, the strained relations between China and the US are likely to worsen. American Republican Speaker Newt Guinereeve visited Taiwan in 1997.

Last Thursday, Chinese President Xi Jinping told US President Joe Biden over the phone that Washington must accept the One-China principle and said they are playing with fire. They are consumed by fire.

Biden told Sheen that there can be no change in America’s policy on Taiwan. The current status quo cannot be changed nor will the peace and stability in the Taiwan Strait be disturbed.

Notably, Taiwan’s Prime Minister Su-Sung-Yang refused to answer a question about the local media saying that Pelosi will visit Taiwan on Thursday and said that we always welcome the visit of foreign dignitaries.