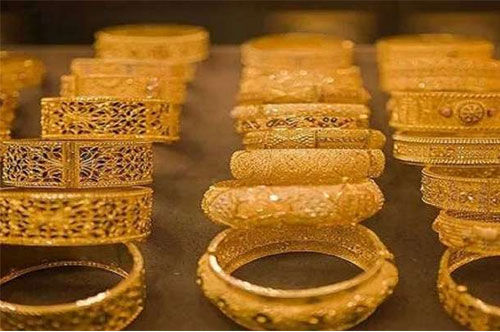 Ashadhi seeds have brought relief to the farming community as kharif sowing rains are prevailing across the state. The planting of crops like cotton and groundnut is a record breaking season this season. Agri commodities have been in a mostly bearish mood for the past one month. Cotton and palm oil are the biggest losers in the agricultural markets due to lack of revenue. Cotton has declined by 9 per cent, palm oil by 12 per cent, wheat by 8 per cent and maize, soybeans and sugar by an average of 4 to 5 per cent.

Apart from agri, metal commodities are also in a slump. Tin has declined by 31 per cent, aluminum by 4 per cent, lead by 4 per cent and iron by 20 per cent in the last one month. Prices have been at record lows for the last 15 years as the market continues to slide due to sluggish demand for the metal. Energy commodities, however, have been steadily rising for the past six months. Crude oil, natural gas and coal prices rose by 15 per cent and coal by 6 per cent. However, the rupee has continued to weaken against the dollar, pushing up selling pressure and denying shortages. The weaker rupee has had the biggest impact on inflation. Currently, the government is in a position to break thirteen joints. To support the weakening rupee, the government has hiked the import duty on gold by a staggering five per cent from July 1, which could push gold up by about Rs 200 in the domestic market. Gold prices have touched a high of Rs 41,400 per 10 grams, which has been strongly opposed by jewelers, who have expressed fears of increased smuggling of gold due to the government’s decision to increase taxes. So far, the import duty on gold, including taxes and other taxes, has been around 12.5 per cent, with a surprise increase of five per cent, leaving an average of 12.5 per cent tax to be paid. In the last 10 years, gold imports have risen by eight to nine per cent. By imposing higher taxes, the government is discussing an exercise to reduce gold imports as well as increase forex reserves. However, if the demand for gold remains the same, gold may still become more expensive in the future. Russia-Ukraine war led to a ban on imports of almost everything from Russia. And after last week’s G-7 summit, a ban on gold imports from Russia has created a global gold rush. Rising dollar and interest rate hikes in many countries, including the US, UK and Australia, have put pressure on gold prices. It is forbidden to have an increase. The initial phase currently includes only three non-agri commodity bullion, energy and base metals. Sensitive agri commodities are currently kept away. Out of tens of thousands of FPIs in the country, even if ten per cent participate in commodity trading, it is likely to be profitable.

Agricultural markets, on the other hand, are currently sluggish due to lack of revenue. With the exception of Isbagol, there is no new vibrancy in the Unjha market for cumin seeds, which lack domestic and foreign buyers. In Unjha market, four to five thousand sacks of cumin and two to three thousand sacks of fennel are being traded. In Isbagol, the market is booming with exporters. The price of sesame is firm in the range of Rs 2,100 to Rs 200 with a rise of Rs 150 to Rs 200 from the tender received by Korea against the revenue of two and a half thousand sacks of summer sesame. Castor exports have been better than expected in June. Although last month’s export of 40,000 tonnes of castor oil was counted, there are fears that the volume of exports will decline as one vessel is canceled.