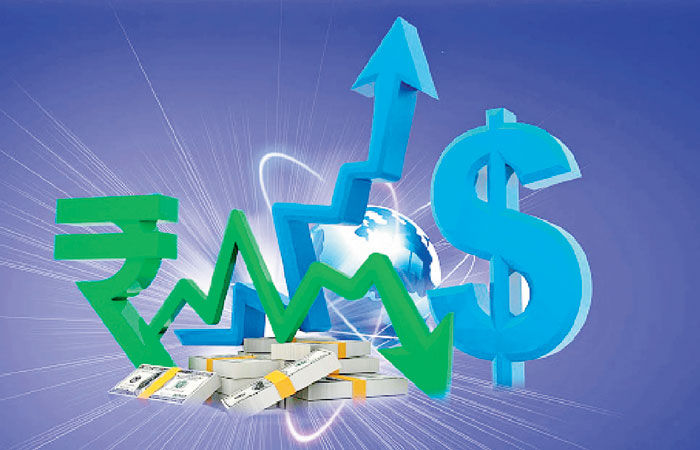 – Export of goods is taken to alleviate any crisis at home.

Following regulation on wheat and sugar exports, the government has now imposed an export tax on fuel. Diesel is taxed at Rs 15 per liter and petrol at Rs 5. A cess of Rs 5 per liter has been imposed on exports of aviation turbine fuel (ATF). In addition, the government has imposed a windfall tax of Rs 20 per tonne on domestically produced crude oil, taking into account the benefits of higher global prices. The decision is expected to fetch the government an estimated Rs 1 trillion in the current financial year. This figure is going to be 0.5 per cent of the country’s GDP. In addition, the government has increased import duty on gold in view of increasing pressure on the rupee. The post-Corona Russia-Ukraine war has changed the equations of India’s global trade.

After the Corona and the war situation, it has become a challenge for Indian policymakers to deliver a high growth rate that can sustain the economy. The stagnant demand for the last two years due to Corona has resulted in an improvement in the state of the manufacturing sector. The slowdown in global growth will hamper the recovery of India’s economic growth rate. The government had taken cost-increasing measures to revive demand that had stalled due to the corona. The government intends to strengthen recovery by increasing capital expenditure. The government plans to spend Rs 3.50 trillion in the current financial year. In the financial year 2020-21, the government’s capital expenditure was seen as two per cent of GDP after many years. This figure is expected to increase to 6.50% in the current financial year. However the government has been forced to increase its debt to spend capital. In the financial year 2020-21, the government’s debt burden increased to 30 per cent of GDP and the level of debt is expected to remain high in the medium term. In such a scenario, it is believed that the government has been forced to impose an export tax and take steps to increase revenue through a tax on gold imports as capital expenditure becomes more or less challenging.

The export of goods is sacrificed to alleviate any crisis at home. To curb rising prices in the domestic market, the government has been forced to take measures, including banning the export of various commodities, including various agricultural commodities. This kind of uncertainty not only undermines India’s credibility in the export market but also makes it difficult for exporters to make decisions, which has a direct impact on their income.

The government’s import bill has remained high due to high crude oil prices, which is having a direct impact on the exchequer and widening the fiscal deficit. Whenever fiscal pressures increase, the government takes steps to change its import-export policy to increase or sustain revenue. The recent move to impose an export tax on petrol and diesel is likely to have a negative impact on trade, especially in the energy sector. Concerns are being raised that investments in the country’s energy sector will also be hit. Experts are of the view that if investment is to be attracted to boost demand, then there is a need to ensure that clouds of uncertainty do not rise in the trade sector. The government’s statement that the windfall tax will continue until crude oil prices fall below the current level of ડો 70 a barrel could jeopardize efforts to attract investment to the country.

In general, the math that the rupee’s depreciation should benefit the country’s exports does not work at present and India’s performance on the export front remains weak. The June trade deficit widened to a historically high level due to weak exports and high imports.

Whenever the Indian rupee weakens against the dollar, the country’s economy faces many challenges. The Reserve Bank of India, which is tasked with maintaining the country’s financial system, tries to control the situation by intervening at such times, but it also has its limitations. At a time when the dollar is a safe currency around the world, if India wants to strengthen the rupee and maintain financial stability, measures to increase the flow of the dollar will be necessary. With the rupee depreciating against the dollar to an all-time low, there is an opportunity to support the country’s exports. There is no denying the fact.

In addition to boosting Indian trade across borders in view of weak export figures, India now needs to be aggressive in establishing a presence in the countries that are our main export hubs. Only then will it help ease the strain on the current account deficit. Unless policy measures are taken to address the factors affecting India’s current account deficit, temporary measures such as an increase in import-export tax will not stop the rupee from depreciating, as can be seen from the recent fall in the rupee against the dollar.