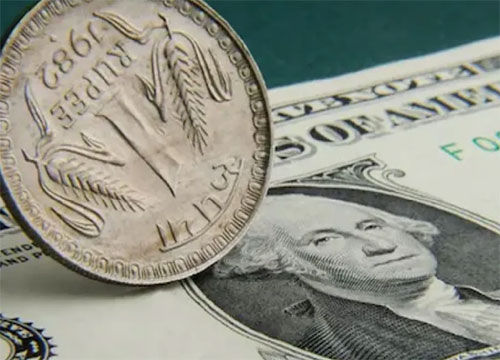 The rupee has depreciated about 7 percent against the dollar this year, but experts believe the local currency is unlikely to fall further in the next few months as the U.S. The Federal Reserve may reduce the pace of monetary policy tightening in the second half of 2022. The rupee could touch 80.20 against the dollar by the end of July. The rupee could depreciate a bit further to 80.50 by the end of September. The Federal Reserve has hiked rates to curb high inflation, which has led to a 7 percent appreciation of the rupee against the dollar so far this year. has decreased. Fearing a global recession, investors have been buying the dollar as a safe haven for investment, putting further pressure on the rupee, according to Bloomberg data so far this year in the U.S. The dollar index has increased by 12 percent. The dollar index previously reached this level in 2022. The Federal Reserve has raised interest rates by 150 basis points this year and is expected to hike rates by another 75-100 basis points. Global funds are also pulling money from risky investments in the US, putting pressure on most emerging market currencies, including the rupee. As far as emerging markets are concerned, the rupee has depreciated against other currencies. Turkey’s lira, South Korea’s won, Philippine peso and Thai baht have seen a massive decline of 8 to 22 percent against the dollar.

The rupee is underperforming against the South African rand, the Malaysian ringgit, the Chinese yuan and the Singapore and Hong Kong dollars and the UAE dirham. Global commodity prices are also putting a lot of pressure on the rupee due to the strength of the dollar and the Russia-Ukraine war, and the country’s current account deficit is also widening. The country’s monthly trade deficit hit an all-time high of $26.18 billion in June. Oil imports doubled to $21.3 billion during this period.

The current situation suggests that the rupee may continue to weaken due to the outlook for a hike in US interest rates and a negative balance of payments. Analysts expect the US economy to pick up in the first quarter following the Federal Reserve’s move to curb inflation. The central bank will reduce the pace of interest rate hikes going forward. Its recession is considered certain due to deepening recession fears. If the Federal Reserve hikes rates by 100 basis points by the end of July, it would be the largest rate hike since the 1990s.

Softening of crude oil prices amid global concerns is a good sign for India. In March, it reached a 14-year high of $140 per barrel. The Fed’s cautious approach poses risks. Inflation is expected to remain at an all-time high in the second half. However, commodity prices are softening in view of global growth concerns. So the rupee may improve a bit by the end of September.