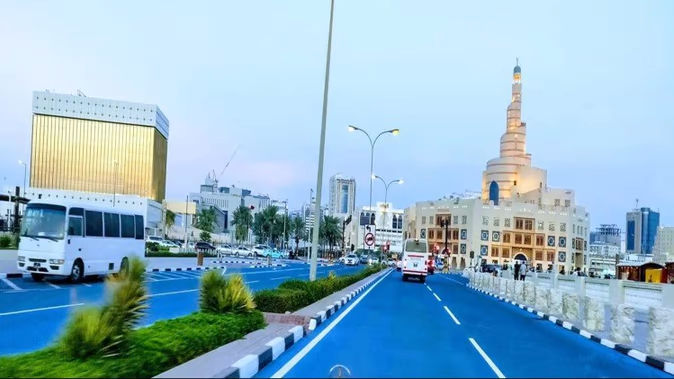 Road quality in any country indicates its good infrastructure and development. When it comes to traffic, black asphalt roads come to mind. RCC gray roads are very durable but due to high construction cost, they are found everywhere. Asphalt, considered a by-product of crude oil, is the most widely used road material in the world.

However, it will be surprising to know that there is a country in the world whose roads are not black or gray in color but blue in color. It has started from its capital city and it wants to prepare blue roads in every part of the country. The name of this country is the Middle East country of Qatar. Blue colored roads can be found in Doha, the capital city of Qatar. 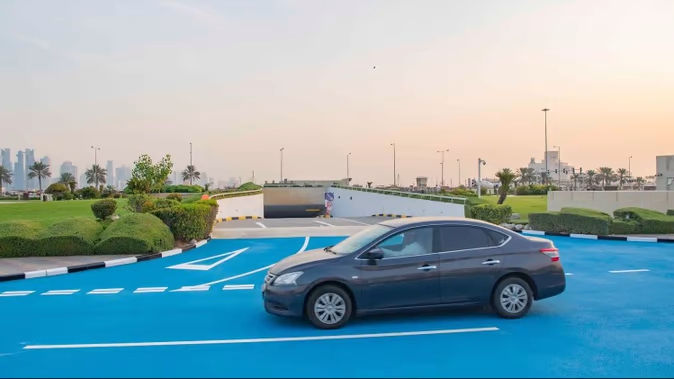 However, the reason behind the blue color of the road is understandable which is related to the environment. We know that the temperature increases during the year. Even in cold Europe, the temperature reached 40 degrees Celsius. The geographical position of Qatar is that of a country that tolerates extreme heat. This Arab country has the lowest zero forest area in the world.

Hence the idea of ​​changing the color of the roads has been implemented to reduce the amount of heat. This is one of the efforts that every country is trying to control the global warming and increasing temperature. An 18-month pilot project has been implemented after positive results in a research experiment showing that blue color can reduce the temperature of the road and its surroundings. 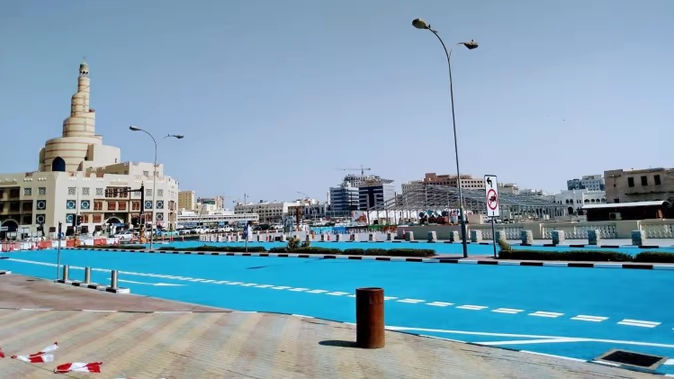 However, for this the original material of the roads has not been removed but the roads have been finished and coated with sky color over black. Sensors are installed to detect the difference in temperature after this coating is done. Researchers believe that the sky coating reduces radiation from the sun by up to 50 percent.

Since black color absorbs heat and then radiates heat, the sky coating has proven to be very useful in its place. However, social media claims that all roads in Qatar are blue are not true. The project cost of coating increases which is affordable only in a rich country like Qatar. As part of the preparations for the FIFA World Cup in this country, the preparations have been finalized.