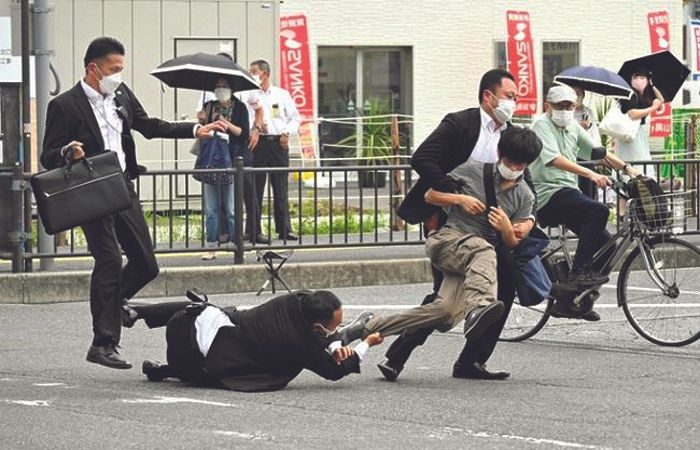 – Gun violence and political violence are both very rare in Japan

– Tetsuya, 41, shot the former prime minister 2 times in the back

Shinzo Abe was speaking during a program before the upper house election on Sunday when he was shot and fell to the ground. The assailant later fired a shot that went through his back and reached his chest. The attacker fired a total of 2 shots.

The attacker was found to have used a handmade gun. He hid the gun with black tape. The licensing process for obtaining short barrel shotguns in Japan is very tough. Where the assailant got the gun is also a question.

Gun violence and political violence are both very rare in Japan. A team of security police was with Abe even though the shooter came very close to him. Police have arrested him on charges of attempted murder.

Who is this attacker

The assailant was identified as Tetsuya Yamagami, a former member of the Japan Maritime Self-Defense Force (JMSDF). He has also worked as an assistant professor at a local university. Tetsuya, 41, shot the former prime minister twice in the back. One of the bullets hit him in the left chest while the other hit him in the neck.

2. Ensuring the safety of maritime transport.