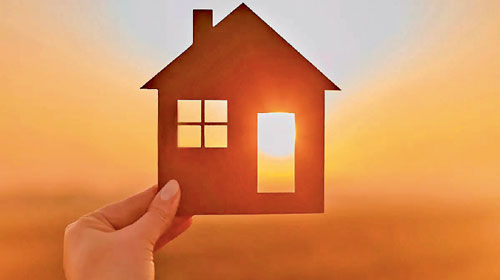 It is estimated that there is currently a shortage of one crore dwellings in the urban areas of the country. By the end of the current decade, this shortage is estimated to increase to 2.50 crore dwellings. The need for housing is increasing while on the other hand its supply is decreasing. The availability of affordable homes in particular is declining. According to the government’s definition, affordable housing in urban areas means houses with an area of ​​less than 646 square feet and a price of less than Rs 45 lakh.

In some cities, including Delhi, sales of affordable houses seem to be sluggish even though they are being built or are ready for construction. One of the reasons for this is the lack of funds for the low-income group. According to Reserve Bank of India data, priority housing loans for affordable housing grew by 37 per cent during the financial year 2015-16 to 2020-21, while non-priority loans grew by 144 per cent. Despite incentives from the government, lenders are not particularly keen to finance low-income groups or those with poor credit histories. As a result of the current increase in the repo rate by the Reserve Bank, getting loans has become expensive.

In cities like Bengaluru, Mumbai, Kolkata and Delhi, the rents of houses are very high, forcing the poor and the laborers to live crowded in the same room. The government is hoping that the scheme of affordable rental housing will be beneficial to the workers. Despite many incentives for affordable housing, some sections of the country cannot afford even affordable housing. Not only this, some people avoid buying a house in urban areas due to other reasons including difficulty in getting housing loans due to low income. In such a situation, a plan to provide affordable rental housing in developing countries like India where urbanization is taking place is welcome.

Due to migration from rural areas to urban areas for employment, the need for accommodation in the cities of the country is increasing rapidly. Keeping in mind that buying a house has become out of reach for common people in urban areas, various state and central governments have announced and are doing several affordable housing schemes earlier, but most of the announcements look good on paper. Despite the fact that the country’s real estate market is being developed with the middle class and the rich in mind but no consideration is given to affordable housing for the poor, the government has announced Housing for All, and that too looks good on paper.

While there is no specific definition of an affordable rental home, the government seems to have tried to include relatively small homes with minimum cost in the definition of affordable rental home. The number of unaffordable classes in our country is so wide that it is impossible for the government to provide rental houses to everyone. Incentives are being provided to builders to construct affordable houses but there has been no significant progress. Due to the high cost of houses in urban areas, people migrating to cities for daily wages, especially labourers, are left homeless and eventually forced to live in illegal and unsanitary slums. More than 35 percent of the country’s population is living in cities. By 2030, this number is likely to increase to 40 to 42 percent. In other words, in the next ten years, 60 crore people of the country will be in cities.

The biggest challenge to the rental house scheme is the rental house laws. Even today, these laws are so rigid that the eviction exercise takes a long time if a residence is found to have been rented out. Keeping this fact in mind, it is desirable that more attention should be given to providing affordable housing that is fit for purpose.