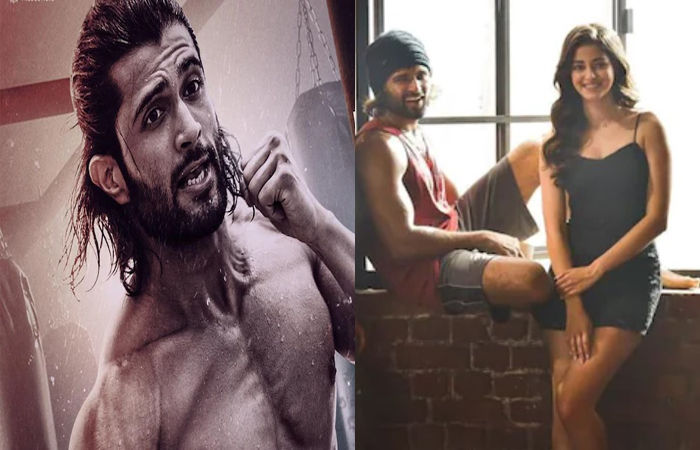 Vijay Devarakonda is in discussion about his film ‘Ligar’. He is all set to make his debut in Bollywood through this film. The Hindi trailer of this film has been released some time ago. In which he is seen in a terrific action avatar. The film stars Vijay Devarakonda in the role of a kick boxer while Ananya Pandey will be seen opposite him.

The trailer of Ligar has been launched and Vijay Deverakonda fans are celebrating it like a festival. South people don’t love their actors but worship them. An example of this has been seen once again. During the launch in Hyderabad, people celebrated by dancing with dhol-nagara. At the same time, a cutout of Vijay Devarakonda was put up outside Sudarshan Cinema which was pelted with milk by fans. Pictures and videos of fans’ celebrations are going viral on social media.

There is such a craze about this film that many people are seen with ligar written on their shirtless bodies. Vijay’s cutout is of his liger character. This has been put up by his fan club. Let us tell you that Vijay Devarakonda has a huge craze in South Industry. A glimpse of it is also seen at the launch trailer.