Three days ago, Corona was freed and came out of isolation

This time, the President of the United States has not shown any symptoms of Corona and his health is good: White House Physician 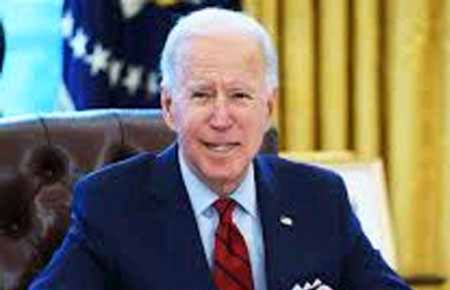 US President Joe Biden has tested positive for Corona once again. His isolation was completed only three days ago after he was freed from the corona virus infection. Meanwhile, the White House has said that it is an unusual case for Biden to get corona again after being treated with anti-viral drugs.

White House Physician Dr. Kevin O’Connor has said in a letter that Biden has not shown any symptoms this time and is in good health.

Biden will once again be in isolation for at least five days, according to Centers for Disease Control and Prevention guidelines. He will remain in the White House until he is cleared of infection.

The agency has said that in most of the cases of reoccurrence of corona, the symptoms are normal and no cases of patients becoming seriously ill have been reported during this time.

The White House announced Tuesday’s trip to Michigan just two hours before the 79-year-old Biden contracted again. Biden was scheduled to return to his home in Wilmington on Sunday. However, due to being infected with Corona again, both these tours have been cancelled.

It is worth mentioning that Biden was found negative in the tests conducted last Tuesday and Wednesday. After that, his isolation period was over.