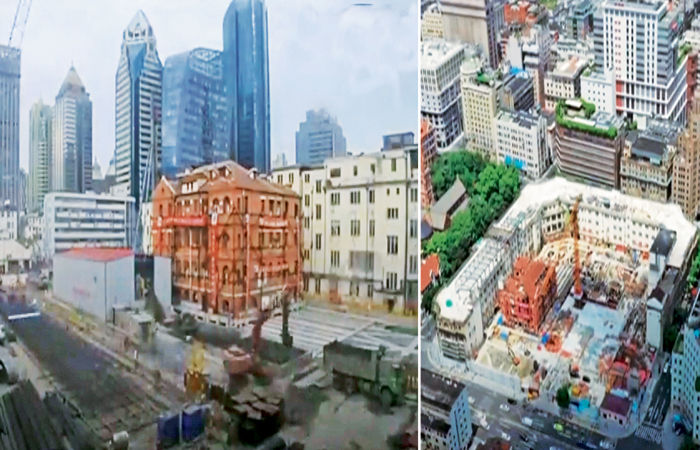 China made history by moving a large building from one place to another without demolishing it. A walking machine was used to move the 500-tonne building. For which a sliding rail was laid under this building, this sliding rail is similar to the tracks. This band-like slide was laid from where the building was to where it was to be taken. The building was first raised above the ground followed by a sliding rail fitted below. The spectacular sighting took place in Shanghai, China, with a video going viral on social media.