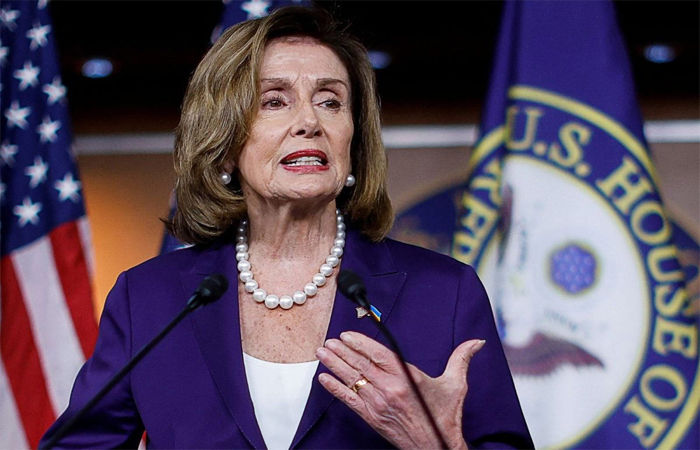 – Xi warns Biden about Pelosi’s Taiwan trip last week: He who plays with fire will burn himself

New Delhi: America has finally put aside the threat of China. US Congress (Parliament) lower house ‘House of Representatives’ Speaker Nancy Pelosi is scheduled to visit Taiwan. In that regard, Taiwan has put all personnel and officials associated with the defense forces on high alert.

It is well known that tensions between the two countries (China-US) have been rising over Nancy’s visit to Taiwan for the past few days. China is accusing America of interference in the Taiwan issue. Last week, Chinese President Xi Jinping openly warned the US president that those who play with fire will burn themselves.

Taiwan has decorated the arms. The holidays of all soldiers and officers have been cancelled. According to a Taiwanese news outlet, the Air-Defense Force has been put on immediate combat readiness mode after a high-level briefing to the military.

It is well known that Taiwan considers itself a separate country. While China considers it as its own territory. So often warns him of dire consequences. News agency AP reports that Chinese Foreign Ministry spokesperson Zhao Lijian has also said that those who play with fire are destroyed by it. We once again warn America that we are fully prepared to meet any eventuality. And the People’s Liberation Army (PLA) will not sit idly by.

In fact, US House Speaker Nancy Pelosi is visiting the Asian countries of Singapore, Malaysia, South Korea, and Japan. Their journey has started from Monday. However, his visit to Taiwan was not mentioned in his program released on Sunday. But local media say Pelosi will receive an official welcome from the government when she arrives in Taiwan on Tuesday night. Nancy’s trip to Taiwan will create a record. The world will get the message that after 25 years (after 1997) the top US political leader is going on a visit to Taiwan.

China sees this move by Taiwan as a step towards asserting its longstanding independence. But the US administration has said that there will be no change in the policy of the US as such visits will happen. Its policy on Taiwan will remain unchanged.

Since the rise of Communist rule in China in 1949, Taiwan has been separated from China (mainland). America has not yet (since 1950) given political recognition to Taiwan.