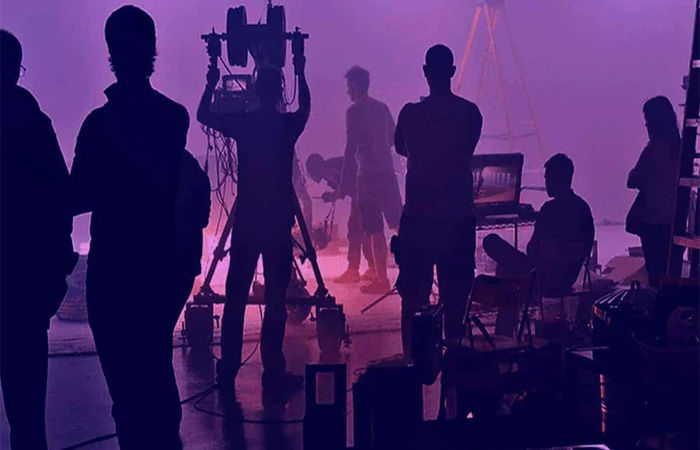 The Telugu film industry, which tore the boys of Bollywood apart with films like Pushpa and RRR, is in a big storm itself. Film Producers Association It has been decided to stop all shooting from 1st August.

According to the producers, most of the films, barring Ganiganathi films like Pushpa and RRR, have suffered huge losses for some time now. Still, the stars are commanding high prices. Stars should reduce their indiscriminately huge fees over time. It is proposed to reduce the price of Rs 100 to Rs 70 for average films. The maximum price for multiplexes is proposed to be reduced from Rs 150 to Rs 120. 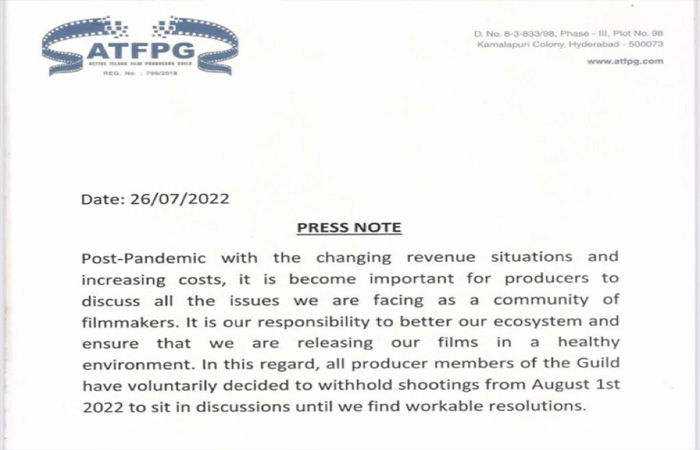 Ticket prices in South Cinema are decided by the government and not by the theatres. But the government keeps almost the same prices for most movies like Take Sher Bhaji and Take Sher Khaja. Producers say that actually there should be different price ranges according to the budget of the film. It is worth noting that when RRR was about to release, the makers had to scramble to keep its prices slightly higher.

The producers also say that the multiplex association had agreed to keep a gap of four weeks between film release and OTT release during Covid but now this gap has been reduced to eight weeks again. It is also wrong to apply the same rule to all films. For a small budget film, this gap should be reduced to four weeks again.

The Producers Guild has appealed for no shooting till some permanent changes are decided in the entire system of Telugu cinema.

The decision may have repercussions for the entire South India market and the entire Indian box office as Telugu cinema alone accounts for a third of the box office revenue of regional films in the country. Even if viewed as an all-India collection, the share of Telugu films is 12 to 15 percent. In the first quarter of the new financial year, 55 percent of the total earnings at the Indian box office have been earned by original Telugu films alone.