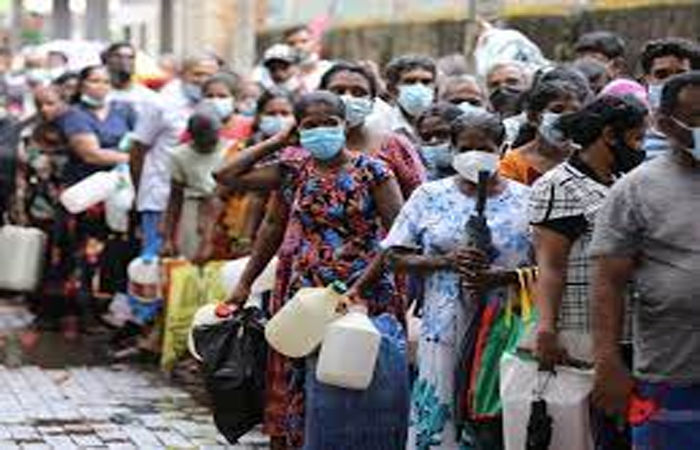 – Most women come into this business from the textile industry: helpless even to have unprotected sex

Colombo: Prostitution has been on the rise in Sri Lanka for the past few months. Most of the women in this business come from the textile industry. They used to get work till January but after that due to deteriorating economic condition of the country they have to come to this business. Not only that, but “unsafe” sex is also forced to accept.

The situation in the island nation has deteriorated to such an extent that people have run out of food and cannot even afford medicine. So many women have to become ‘sex-workers’.

The business is run under the guise of an Ayurvedic ‘spa’ centre. Curtains have been drawn in them, they have been made into temporary brothels.

According to the Sri Lankan newspaper The-Morning, women associated with the textile industry are at risk of losing their jobs. Many have even lost their jobs, so they have joined this business for nothing. A woman in this business said that before our monthly salary was 28,000 rupees, the salary was 28,000, if we do overtime, the maximum is Rs. 35,000 to earn. While this business earns more than 15,000 per day. UK’s The-Telegraph shows that this business has grown by 30%.

Often forced women are also forced to sleep with the brothel’s mental police. So that the police do not trouble those prostitutes (unlicensed).

Such forced sex workers have to endure abuse and even beatings from clients but take everything to fill the pit of stomach.