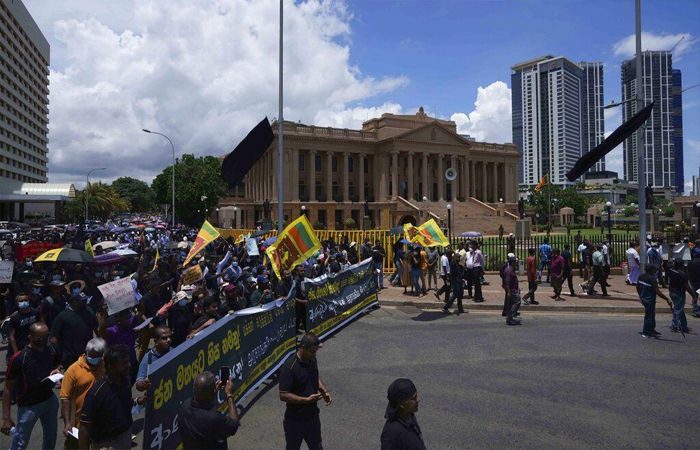 – Amid worsening economic crisis, President Gotbaya staged a protest against the government demanding the resignation of Rajapaksa.

– On May 10, Amarkirti Athukorala, an MP from Sri Lanka’s ruling party Sri Lanka Poduj’s Peramuna (SLPP), shot himself in fear of the crowd.

Protesters have also attacked the house of MP Rajita Senaratne. Earlier on May 11, the then Prime Minister Mahinda Rajapaksa’s family fled.

In this regard, Sri Lankan Prime Minister Ranil Wickremesinghe has convened an emergency meeting of party leaders to discuss the whole situation and find a quick solution. Prime Minister Wickremesinghe appealed to the Speaker to convene Parliament. Sixteen Sri Lankan MPs from Poduja’s Paramuna (SLPP) have written a letter to President Gotbaya Rajapaksa asking him to resign immediately.

Protesters surrounded the presidential residence in Colombo around noon. He has also done a lot of vandalism at the Rajapaksa’s official residence. Amid a worsening economic crisis, protests against the government have erupted, demanding the resignation of President Gotabhaya Rajapaksa.

An indefinite curfew was imposed in Sri Lanka on Friday. The army is also on high alert. Police Chief Chandana Vikramaratne said a curfew had been imposed in and around the capital from 9:00 pm on Friday. 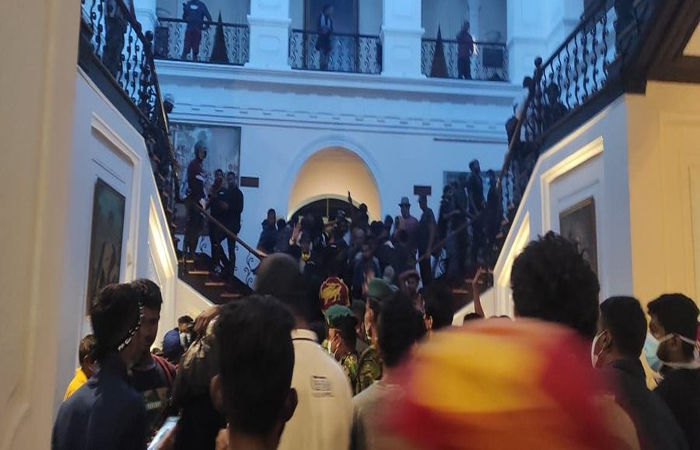 He said thousands of anti-government protesters had entered Colombo on Friday to oust the president. Thus a situation similar to Capital Hill has been created in Sri Lanka and a curfew has been imposed since then.

Before the curfew was implemented on Friday, the police released tear gas cells on student protesters at Colombo and run water. The anti-government demonstrations include religious leaders, political parties, teachers, farmers, physicians, fishermen and social workers. 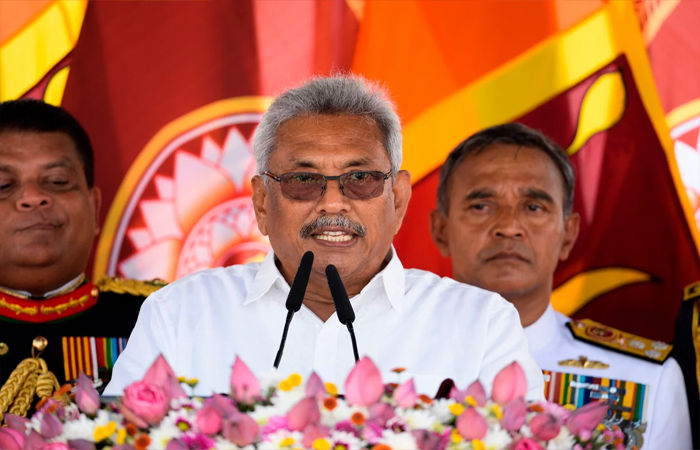 On May 10, Amarkirti Athukorala, an MP from Sri Lanka’s ruling party Sri Lanka Poduja’s Peramuna (SLPP), shot himself in fear of a mob. Protesters against the government surrounded his vehicle at Nittambuwa. People who were fired from their vehicles were more agitated. The MP later fled and hid in a building and thousands of people surrounded the building in fear of which he shot himself.

Read more: With inflation above 60%, the Sri Lankan government will stop printing notes