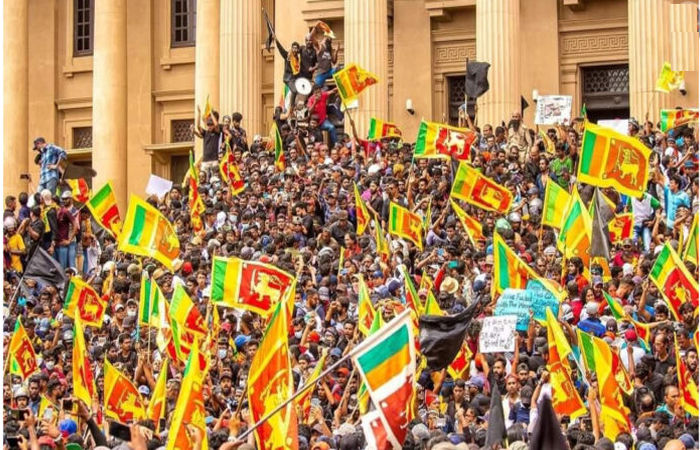 The situation in Sri Lanka, which is facing an economic crisis, has worsened. There is a lot of anger among the people against the government and thousands of protesters have taken to the streets. Then a video of the protesters going viral on social media in which they are having fun in the swimming pool at the Rashtrapati Bhavan.

In the midst of all this, the current Prime Minister of Sri Lanka Ranil Wickremesinghe called an emergency meeting of party leaders to bring the situation under control. He also appealed to the Speaker to convene a session of Parliament.