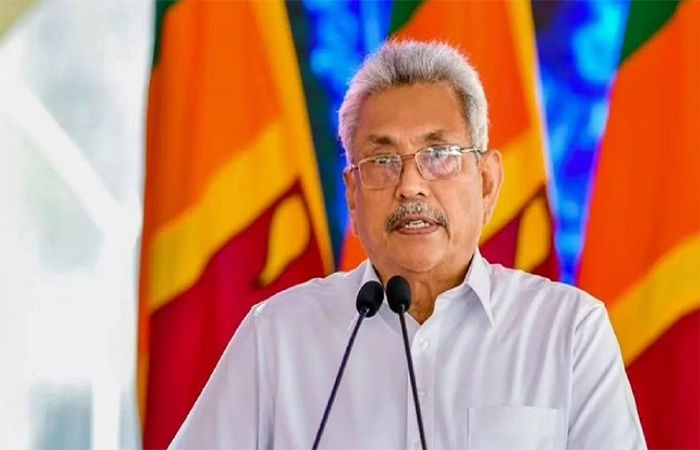 Colombo: Sri Lankan Lok Sabha Speaker Mahinda Yama Abeywardene told Gotabaya Rajapaksa over phone on Thursday that he should give his letter of resignation as soon as possible, otherwise he will have to consider other options to remove him from the post.

Abey Vardane told the media that an acting president had been appointed. So now the Chairman (Speaker) is looking for constitutional law options if the President does not give a letter of renunciation, he has abdicated his office. will be considered as such.

A Sri Lankan parliament spokesperson told the media that the president has not yet tendered his resignation. So uncertainty prevails whether Parliament will meet on Friday or not.

On the other hand, the Prime Minister’s Media Department said on Wednesday that the President told Speaker Abeywardana that he should appoint a Prime Minister who is acceptable to both the government (ruling party) and the opposition.

It is well known that widespread protests have erupted in Sri Lanka. The riots have gotten out of hand. 84 people have been injured in it. Now the army has taken over the operation. And after the president fled the country early on Wednesday, security forces cordoned off roads leading to the prime minister’s office and parliament. Curfew has been lifted from Colombo and other cities on Thursday.