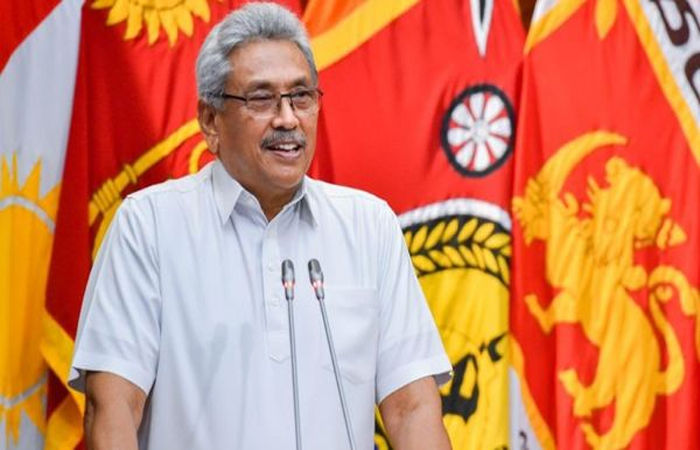 – As long as he is in the presidency, he cannot be arrested, so he will send a resignation letter from abroad

Colombo: India helped Sri Lankan President Gotabaya flee the island nation to the Maldives on Tuesday night. The High Commissioner of India stationed here has categorically denied such reports. With this, the Indian High Commission has said that India will continue to assist the people of Sri Lanka, and will continue to assist them in their progress and prosperity, and the instruments for that assistance will be based on democratic values ​​and will be based on democratic institutions and constitutional structures. will be

Along with this, Hike asserted on the tweet that earlier there have been reports in the media that India has helped Rajapaksa to escape, those reports are completely baseless. We want the people of Sri Lanka to move forward on the path of progress and prosperity and are eager to provide all assistance for that.

Rajapaksa, accompanied by his wife and two bodyguards, arrived in Malé, the capital of the Maldives, late on Tuesday in a Russian-made Chash-32 aircraft of the Sri Lankan Air Force.

In this connection some media carried reports that Gota Gotabaya was prevented from leaving Sri Lanka. But even those reports are not true. Because as long as he is in the presidency, he cannot be arrested and Air Force officers also have to follow his orders, Sri Lanka’s Daily Mirror also said.

Along with this, it is also well known that chaos and anarchy has spread in Sri Lanka at present.

Inflation is out of hand in Sri Lanka. There is no foreign exchange to buy petrol, diesel, or even kerosene or cooking gas. The prices of grains, vegetables have reached the sky. Sri Lanka’s top cricketer Jayasuriya has mingled with the masses. Meanwhile, the rebels have captured the palace of the president. Former Prime Minister’s residence has been burnt. In that situation, the new Prime Minister Renil Vikram Singh is trying to maintain peace in Mahaprayat.

Observers also speculate that he will form an interim government, in which he will also be the president, while Jayasuriya will also be given a key position in the government.

Most importantly for India, Gotabaya was becoming a pitthu of China. China had earlier decided to take advantage of Sri Lanka’s deteriorating economic situation by making large loans, but its dreams have been dashed after Gotabaya fled. On the other hand, India has become popular by helping Sri Lanka a lot. Jayasuriya also hailed India’s assistance. However, a state of emergency has been declared in Sri Lanka.