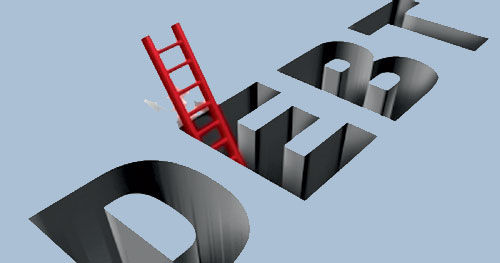 – A World Bank report says that as many as 107 countries with small and medium-sized economies in the world are sitting on a mountain of debt, with 69 countries the worst affected.

– Here comes the memory of 1980s. Indebted countries spent more time maintaining power than correcting their mistakes. When everyone stopped paying, the people were taxed and eventually the country collapsed.

Sri Lanka is burning, its rulers have had to flee with their families, the people have put a leader of their choice in power, but there is no magic wand to save Sri Lanka buried under a mountain of debt. People will get hungry and will storm back and burn Lanka. There are certain limits to India’s assistance to Sri Lanka. India’s problem is that hungry people from Sri Lanka can migrate to India. Sri Lanka is on fire due to the mismanagement of the Sri Lankan authorities. 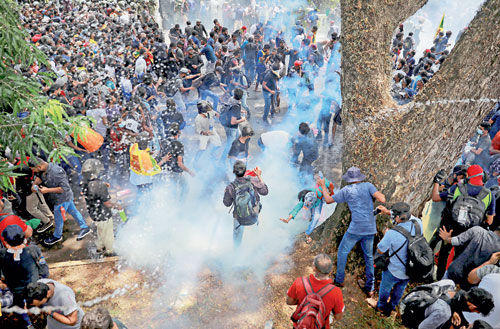 Every country has come under tension due to economic issues. Every country is suffering the indirect effects of Russia’s aggression against Ukraine. The biggest blow to the oil supply was the halt in oil supply. Oil supply was stopped in Sri Lanka first. India helped Sri Lanka in the first phase, now India has turned off the aid. India has also put restrictions on the export of sugar, rice and wheat using foresight.

However, a report by the World Bank says that around 107 countries with small and medium-sized economies are sitting on the mountain of debt and there are calls for a Sri Lanka-like situation to emerge by 2023. While there are 69 countries where people will protest against the government in 2022. Unemployment, food shortages and the feeling of not being able to repay debts would lead to chaos and riots on the streets.

Inflation, unemployment and national debt are interrelated. When these three are not controlled, the structure of the country collapses and Sri Lanka begins. It is said that after Sri Lanka, now it is Pakistan’s turn. Pakistan’s coffers are empty. Pakistan got some lifeline by double taxing the rich but now its economic life is almost over. India’s prosperity is being envied by its neighboring countries. India silently watches the events happening to these neighbors.

Pakistan’s debt is like a mountain, ready to collapse at any moment. Pakistan has looked to China for help but the Chinese authorities are opportunistic. It will bring down Pakistan.. Pakistan’s debt bubble will burst anytime and its people will come to the fray.

Here it is not only about Pakistan but 107 countries like Pakistan are burdened with debt. Among them, 69 countries cannot bear the burden of debt, so it must be understood that they must bear it.

These weaker countries will look to the World Bank and rich countries for assistance. Counterintuitive countries like China will benefit themselves by helping him while India will help as much as possible by expressing human sympathy.

India has also been alerted to avoid a possible dire situation. All three states of India are lying raw. Like Punjab, Bihar and Andhra Pradesh, the government is keeping a close eye. India’s misfortune is that it has got anti-national elements with the opposition parties, so in any protest they look for an opportunity to defame India or create chaos.

India’s opposition and anti-Modi lobby were in awe when they saw that people started rioting on the streets in Sri Lanka and they were worried that something like Sri Lanka might happen in India. But such anti-national elements seem to be seeing stars on a clear day.

The steps taken by the Modi government to strengthen the economic system and the system of frequent reviews of the economic situation have been commendable.

When 69 countries collapse one after another, it is sure to have an impact on the world economy. The current period is a crisis for small and low-income countries.

These countries will not sink together but there will be reports of each other sinking in a month or so. Most are going to drown because of their ostentatious policies and money-grubbing policies. If we talk about Sri Lanka, the expenditure was more than the income and the aid coming from abroad used to be collected at home. It cost the Sri Lankans dearly to prop up a government steeped in dynasticism. A government that prioritizes the people and works for the people is supported by the people even if the government is in debt.

Here we are reminded of the 1980s..Debt-ridden countries spent more time maintaining power than correcting their mistakes. When everyone stopped paying, the people were taxed and eventually the country collapsed. There is no need to shed tears for such countries as they have axed themselves.

Which countries will go into debt and where will it be like Sri Lanka?

In 1980, many countries were drowned in the cycle of economic debt. After four decades, the wires of 1980 are coming back with a whisper in 2022. This whisper is echoing in the ears of many countries. The first sound was heard by the World Bank, so it alerted everyone. But small countries did not emerge from indiscriminate spending and fell into a debt trap. The World Bank says 69 countries are drowning. Here are the names of the ten most indebted countries.