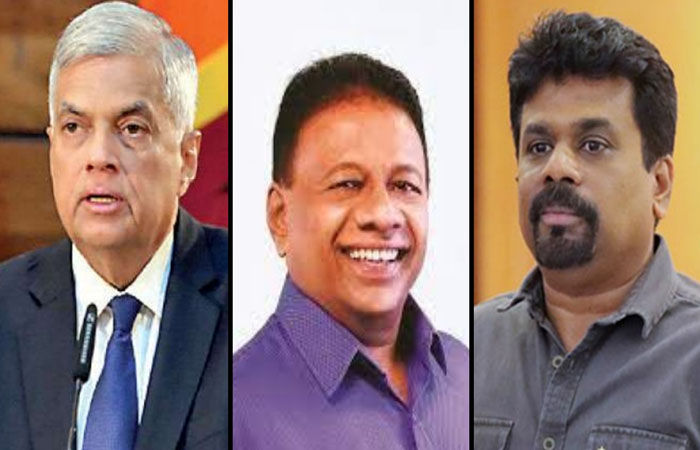 – For the first time in 44 years, Sri Lanka’s parliament will directly elect a president today (July 20) in a three-way contest.

The President fled the country

A new president will be elected after Gotabaya Rajapaksa, who fled the country due to protests sparked by the country’s failure to deal with the country’s worst economic crisis ever, resigned. A majority of the ruling Sri Lanka Podujana Peramuna (SLPP) party is in favor of electing breakaway leader Alhaperuma and leading opposition leader Sajith Premadasa as prime minister for the presidency, SLPP president GL Peiris said on Tuesday.

However, analysts there believe that 73-year-old Vikram Singh is leading the way. But proving majority in the 225-seat Parliament is not so easy. If we look at the parliamentary structure from August 2020 before the economic situation in Sri Lanka was very bad, 52 MPs from the 145 strong SLPP party broke away. After this the party was left with 93 members which later increased to 97 with the return of 4 members.

Wickramasinghe, on the other hand, hoped to get the support of the anti-government popular movement ‘Aragalaya’, named after the Sinhala word for struggle. But Aragalaya leader Harinda Fonseko said that Ranil Wickremesinghe is not a valid candidate for the post of President. However, the most crucial reason why he favors Wickramasinghe is that recently more than 70 SLPP MPs faced arson and assault and one was even killed.

Such will be the election process

Candidates need more than half of the votes to be elected to win a presidential election. If no one can cross this threshold, the candidate with the least support will be eliminated. His votes will then be distributed according to the second preference. That means there will be a contest between the remaining two candidates.