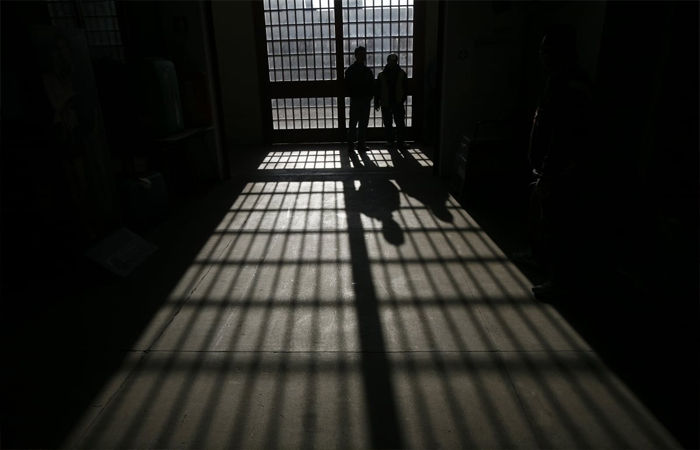 – A prison inmate wreaked havoc with accomplices by getting the keys to a restricted area where women were kept in exchange for $1,000.

Reports of physical relations between inmates in Indian prisons causing them to suffer from diseases such as HIV AIDS caused a huge uproar. Now, a very shocking and disgusting incident has come to light in America, which is the most powerful in the world and is leading the torch of women’s freedom.

Another incident in recent months

A total of 8 women last On July 22, a lawsuit was filed against Clark County Sheriff Jamie Noel and current and former jail officials. It has been alleged that male inmates of a prison in the US state of Indiana molested and molested female inmates after gaining nighttime access to the prison’s restricted women’s ward.

According to the court records, 20 women had filed a claim regarding this type of alleged incident last June.

It has been claimed by the female plaintiffs that on October 23, 2021, prison officer Deville Lowe handed over keys to the interior sections of the prison to two male inmates in exchange for $1,000. That night the two male inmates, along with their fellow inmates, broke into the restricted areas of the prison where women were kept.

Atrocities with women prisoners all night

Several prisoners gained access to Shells 4(E) and 4(F) with keys obtained from Lowe. The male inmates entered the restricted area and sexually assaulted the female inmates besides the women complainants for several hours. He assaulted, harassed, threatened and intimidated the women. Because of this the women prisoners were physically and mentally injured. Such a lawsuit has been filed in the US District Court for the Southern District of Indiana.

Despite appearing on camera, no prison officials came to help

The complaint mentions that the men threatened the female inmates that they would be harmed more if they used the emergency call button. Shockingly, even though the entire incident of assault was visible in the surveillance video, no jail officials came to the aid of the women throughout the night.

Even after the incident on the night of October 23, the prison authorities punished the women inmates. He tortured women prisoners by keeping the lights on for 72 hours continuously. Besides, their general privileges were also violated by taking away their pillows, mattresses and hygiene items.

Lowe was fired after the alleged incident and charged with trafficking a prisoner, aiding his escape, and official misconduct.

Last June, 20 women filed complaints against Noel, Lowe and unnamed prison officials, and in both cases the women are seeking damages and due process. An internal investigation into allegations of misconduct followed the June incident, but no charges of misconduct were filed.

Also read: Surge in AIDS cases in UP jails, 23 inmates, including a woman, infected with HIV in one jail