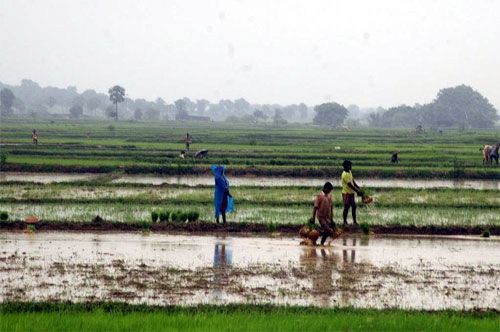 Through the people oriented column, the revenue department has clarified to the readers about the different types of power and different laws to abolish those types of powers. Considering the difficulties faced by the people regarding the interpretation and the difficulties faced by the people, under which the Saurashtra area, which was a separate state from Saurashtra at that time, was merged with the Saurashtra area. During my tenure as Provincial Revenue Officer, Palanpur and Surat, as well as during my tenure as Collector Rajkot, I noticed that in the Gujarat area of ​​Mumbai State and in the newly formed post-independence Saurashtra State, the laws relating to land revenue and land reform in particular were different. In the Gujarat area of ​​Mumbai state, Mumbai Agricultural Land Computation Act-19, Agricultural Land Ceiling Act was applicable, while Saurashtra and Kutch were B and C category states up to 12 respectively. And the Estate Acquisition Act was in effect and still is today. While Kutch Vidarbha law is in force in Kutch. The credit for enacting and enforcing the progressive land reform laws of Saurashtra goes to the then Chief Minister Uchhangrai Dhebar and being aware of his wonderful resourcefulness and land rights, Saurashtra had 3 kingdoms and despite social, economic status, contrary to At that time Saurashtra’s land reform laws were noticed all over the country because there were no discrepancies in the interpretation of the law, very simple (Simplified) and due process in the Gujarat region and the process of resolving it. It is necessary to give this preface to the readers because even though Saurashtra is now a part of Gujarat – it merged with Mumbai State in 19th and then Gujarat State was formed in 190 but even today the laws enacted in Saurashtra area and Kutch are still in force. Only the Land Revenue Act applies equally.

As per Section 3 of this Act, the provisions of the Land Revenue Act are applicable except for the conditions on which the land has been given in the land other than the right of monopoly and aghat and the land disposed of under it is to be treated as a new and indivisible condition. Apart from this, if there is a mistake in showing the exact condition in 7/12 of the land, the collector has to take action after checking the original land revenue record notes as well as other matters.

In addition, according to this abolition law, if any cases are pending or in case of purposeful return of such land, action has to be taken as per the specification given in the resolution of the revenue department dated 6-9-207. As seen under this Act to a large extent, the lands under aghat or monopoly are to be considered as old condition, so it is necessary for the revenue officials to interpret them in the right perspective.