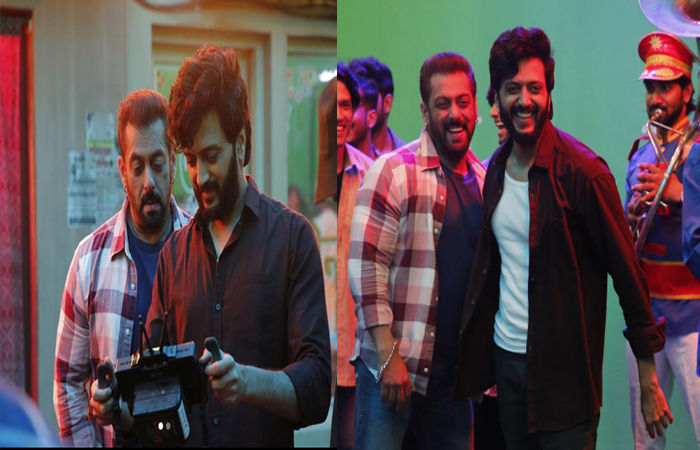 – I have no words to thank Salman Khan: Riteish

Riteish Deshmukh is all set to make his directorial debut with his Marathi film ‘Veda’. He announced this in the year 2021. Apart from Riteish, his wife and actress Genelia Deshmukh, Jiah Shankar, Ashok Saraf and Shubhankar Tawde will also be seen in the lead roles in the film.

Now, the actor of ‘Apna Sapna Mani Mani’ has also revealed that Salman Khan will also be seen making a cameo in his film. Deshmukh thanked Salman and took pictures of him from his director’s debut set on social media handles.

Riteish thanked Salman Khan for being with him and shared a picture, saying, ‘We celebrate Ashadhi Ekadashi, I wish you happiness, love and prosperity in your life. On this auspicious day, I am thrilled to say that with your blessings, I have completed the shooting of my first Marathi directed ‘Veda’. There were challenges for this film but when you are surrounded by people who are the way forward for you ‘.

– I have no words to thank Salman Khan: Riteish

Riteish Deshmukh further said that one such person is my dear Salman Bhai. He has shown kindness to me and Genelia so I have no words to thank him. Before that it was a part of my Marathi film ‘Lai Bhari’ and now it is a part of my first directed adventure Veda Love You Bhau.