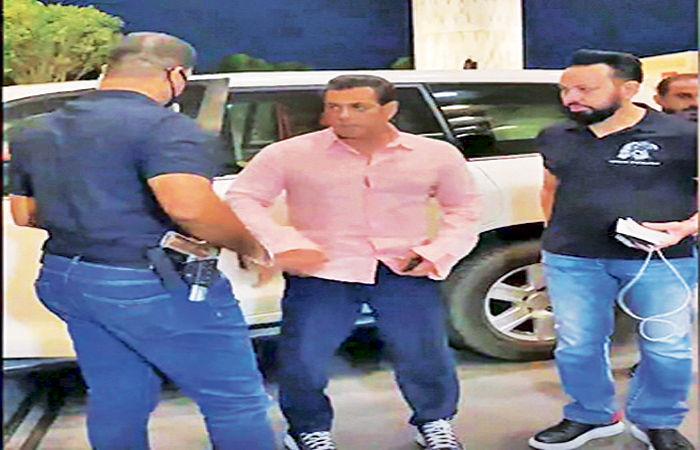 Mumbai: Salman Khan’s security has been tightened after receiving a death threat letter. The Monday night actor was spotted at the Mumbai airport. He was seen getting out of a Toyota Land Cruiser car. He himself paid crores of rupees for a bullet proof car after receiving a threat. And the Mumbai Police has also given him a license to carry a gun for security purposes.

According to reports, Salman has upgraded his Toyota Land Cruiser. He has installed bulletproof screens in it. The price of this car is 1. 5 crore is said to be. A 4461 cc engine has been installed in this Land Cruiser of Salman. This SUV is available in only one variant which is completely bulletproof. It also has a large border on the edge of the window due to which this car is fully armored. Such cars are made only on special demand.

Salman Khan met the Mumbai Police Commissioner on July 22 and he approved the firearms license for the actor. However, after receiving the threat, Salman Khan is not scared and is working according to his schedule.