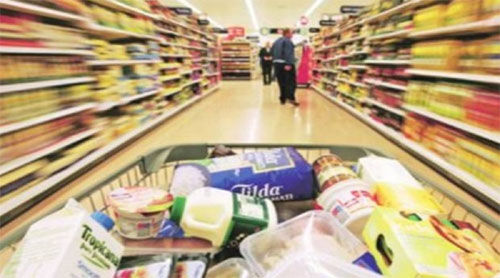 Companies in the retail, FMCG and consumer durables sectors are expecting a boom in festive demand this year. During the last two years, festival sales were very poor due to the Corona pandemic. Passenger vehicle sales are also expected to pick up as semiconductor shortages ease. This will help automakers to increase production.

In the recent past, due to the rising cost of raw materials, FMCG companies have been forced to raise prices, leading to a drop in demand in the sector. In the apparel sector, sales in urban markets have been picking up since April and are expected to continue during the festive season, but demand for apparel in rural markets is still weak as buyers in those areas are giving priority to food items.

FMCG companies said, ‘Sales this festive season are expected to be better than 2019 due to improvement in rural demand. Demand for packaged food items may increase. The festive season will begin soon and will continue till Diwali. FMCG sales grew by 19.6 per cent in the October-December quarter last year, according to available data. An increase in prices has increased the cost of goods. According to Nielsen data, the December quarter last year saw a rise in sales due to price hikes, but actual sales in volume terms were down 2.6 percent.

Apparel and fashion chain Lifestyle has seen sales growth since April and is expected to double its sales during the festive season. However, the price has increased by 12-13 percent since April and now the price will not be increased. In such a scenario, sales may rise to single digits from pre-Covid levels.

60-65 percent of the total income of consumers in small towns is spent on food items, while it was only 50-52 percent before Covid. Consumers in these areas have cut some of their spending. Consumer durables companies are facing a supply crunch with weak demand. But they also expect more sales at festivals than last year. This time sales are expected to increase compared to last year, but the volume of goods sold will be lower. Demand for premium products will increase. But prices will remain low. Sales of low-cost consumer appliances typically peak between February and May. In 2020, sales of consumer devices fell by 40 percent during the holidays and by 30 percent in 2021. During Covid, the prices of these products have also increased by 17 to 18 percent.

Passenger vehicle dealers are also expecting a boost in sales during the festive season this year. He believes that vehicle production has increased due to the removal of semiconductor shortage. Demand is also expected to increase with the introduction of new vehicles in the SUV segment. Auto dealers said this year’s festival is expected to see better sales than last year. But two wheeler companies are still struggling to increase sales.