In the Senate, 67 votes were in favor of Desai while 29 were against 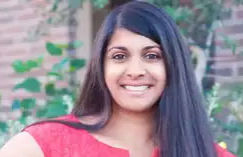 The US Senate has confirmed the appointment of Gujarati-origin lawyer Rupali H Desai to the United States Court of Appeals for the Ninth Circuit. He also became the first South Asian to be appointed as a judge in this powerful court.

67 MPs of both the Democratic Party and the Republican Party of America voted in support of Desai. While 29 MPs voted against him.

The Ninth Circuit is headquartered in San Francisco, California. This is the largest among the 13 Courts of Appeals in the country.

Senate Judiciary Committee Chairman and Senate Majority Whip Dick Durbin said it was no surprise that Desai’s appointment was being hailed in political and ideological circles.

Besides the State Judges, Law enforcement officials and three different firefighter organizations have endorsed his appointment.

Desai has 16 years of experience as a lawyer. He received his law degree from the University of Arizona in 2005.