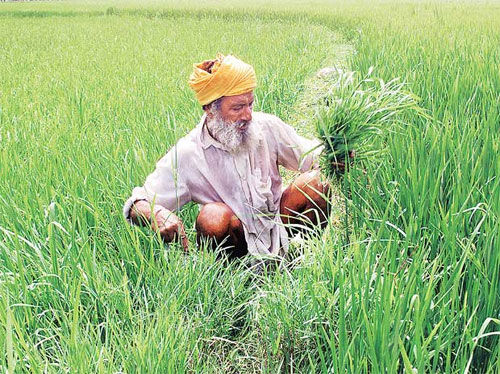 India is an agriculture minister country. At the time of independence, 80% of the population was based on agriculture, including farm laborers, even today 65% ​​of the population is involved in agriculture, so our primary economy is dependent on agriculture. If we want to achieve a double digit GDP, we have to transform agriculture into a more productive form. After getting independence, the most important source in the distribution of natural resources in a symmetrical manner is ‘Land’, ‘Important Cadastral’ and under that, land reform has been included in the Schedule in the Constitution of India, so the land reform laws have a legal constitutional backing. Before 1960 we had the state of Mumbai and the land reform laws were implemented in the bilingual state of Gujarat and Maharashtra, in which the Mumbai Khet Land Registration Act – 1948 was enacted according to the principle of ‘Khede Tei Zameen’. While for those who have more than the fixed limit, the government was to take over the additional land from the zamindars under the upper limit and give the agricultural land to the landless families.

The laws enacted in the state of Mumbai were progressive as compared to other states of the country. Saurashtra and Kutch – were separate states till 1956 and these states also enacted the Saurashtra Gharkhed, Saurashtra Land Reforms, Barakhli Abolition and Estate Acquisition Act, Kutch Vidarbha Acts which are still in force today. As the principle of ‘farmer’s land’ in the Land Reforms Act is intended to make the land that is actually cultivated as an occupant, Article 63 of the Act defines ‘Khedut’ Agriculturist as to who can hold ‘agricultural land’ and is associated with hereditary farming. There is a provision to obtain the Collector’s permission i.e. ‘Farmer Certificate’ under Section-63 for a person to become a farmer. This also has an income limit. Similarly in Saurashtra, Section-54 of Saurashtra Gharkhed defines a farmer and provides for obtaining a collector’s certificate. In Gujarat, non-agricultural persons, including present Saurashtra – Kutch, cannot hold agricultural land as farmers. As the intention is not to become a means of exploitation and profiteering, a non-farmer cannot acquire/purchase agricultural land in Gujarat, so the status of a farmer cannot be obtained without the permission of the Collector under Article-63 of the Act and Article-54 of Saurashtra Gharkhed.

Now hereditary and pre-independence and during the implementation of land reform laws, all those farmers who hold ancestral agricultural land are deemed agriculturists. They should not take permission under Section-63 or Saurashtra Gharkhed-54 of the Act. According to the circular dated 14-3-2016 of the revenue department of the state government, provisions have been made for entering community name, distribution, reduction of name in the ancestral property of agriculture. Even before this, the names of all the legal heirs are entered after the death of the holder and on that basis all the original holders get the status of farmer by Succession Inheritance according to the generation name. They don’t need to get farmer certificate. In the last forty years in Gujarat, as the trend of non-agriculturalists-farmers becoming illegal in one form or the other, there is a provision to take action under Article-84C for violation of Article-63 of the Constitution. But as a matter of principle the Certifying Officer should not approve the note of non-agriculturists contrary to the provisions of the rules. But individuals with vested interests have become peasants with the complicity of the system. Those who still do not have the legal title as a farmer, but in all these proceedings the Supreme Court has given a final judgment in the case of Vinodchandra Kapadia of Gabheni village of Surat, for a non-farmer person cannot become a farmer even on the basis of the time limit issues and Will Yan testament in all these proceedings.

In Gujarat – In 1999, according to Article-2(2) and 2(6) of the Act, the control of holding agricultural land in the area of ​​8 and 15 km has been abolished, which means that a farmer of Gujarat can now hold agricultural land anywhere in the state and because of this, when any farmer If agricultural land is sold outside a taluka, earlier a farmer certificate from Mamlatdar had to be obtained and even today there are instructions to authenticate the note online, but now the state government has to apply online for this ‘Khedoot Kharai Certificate’ from the provincial officer. In this way, if a person applies online for his non-cultivated land, all the notes from 1951 onwards are verified and even if there are genuine ancestral farmers or their heirs in the verification of the notes, the applications are rejected due to the issue of authenticity of these notes or revision / change in area etc. And in all this process genuine farmers get harassed. There is no provision in the Act to obtain a ‘Khedoot Kharai Certificate’. Adding a mode (mode) of obtaining farmer genuineness certificate based on administrative instructions alone causes massive inconvenience to genuine farmers. It is the responsibility of the revenue system to take action on any non-agriculturist and now that the government has all the title records available online, the revenue system should automatically ensure that the record of purchase of agricultural land by a non-agriculturist as a farmer should not be authenticated by the revenue authorities and legitimate. The provision of obtaining ‘Khedut Kharai Certificate’ for those who are farmers needs to be immediately repealed and when the ‘Khedut Kharai’ is given legal form to the farmers in the Land Revenue Act, such Khedut Kharai certificate is not required as the Keduat Kharai certificate is the legal documentary proof of being a farmer. is Also, even today, the Revenue Department can document for bona fide farmers on the occasion of purchase of agricultural land and the instructions to authenticate notes on that basis are still in place. It is the responsibility of the revenue system to verify this.