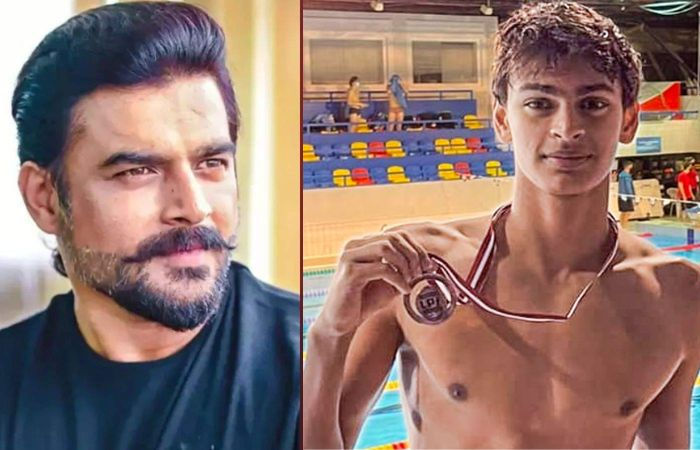 In such a situation, the son of actor R Madhavan, who has shown his acting skills in Bollywood and South cinema, has decided to get a different identity by staying away from the industry. Now Madhavav’s son is seen setting a different record in swimming. Vedanta has broken a national record in swimming. R Madhavan’s son holds the national junior record (c) 1500m freestyle record. He has once again made his father and country proud by winning the gold medal.

The actor posted a video about his son’s achievement on social media. He is very happy with this big achievement of Vedanta. Along with sharing the video, the actor wrote, ‘Never say no. Broke the national junior record in freestyle.

In the video, it can be seen how fast the actor’s son Vedant is completing the swimming. There people are also praising him a lot. It is written in the comment that, ‘It has been 16 minutes. Vedanta 780 m. His record has been broken.’ After watching this video, people are praising it and also congratulating Vedanta.

Even before this, Vedant has made a name for himself in swimming. He has broken many records in the past as well. Vedant won the gold medal in the competition held in the month of April, about which the actor also told fans through social media. However, apart from this, talking about Madhavan’s work front, his film ‘Rocketry’ has been released recently. In this he is playing the role of scientist Nambi Narayan.