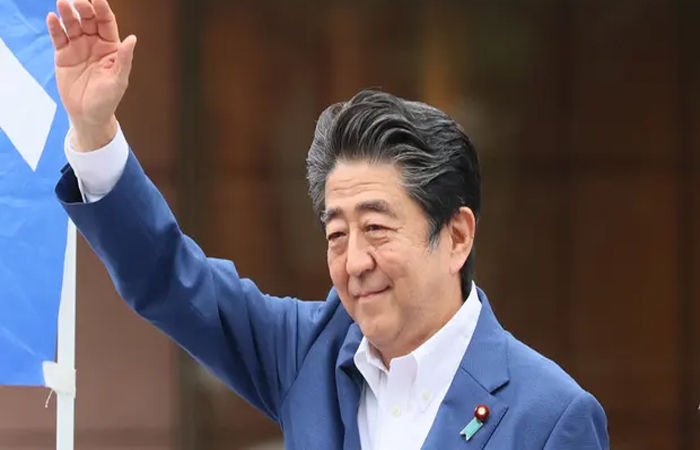 Former Japanese Prime Minister Shinzo Abe has been shot dead in an attack on Friday. He was addressing people on the street under the election campaign program in Nara, Japan. Meanwhile, an unidentified assailant later opened fire on them. Shortly after the shooting, Shinzo Abe fainted. He was airlifted to hospital where he succumbed to his injuries. In a country with a very low crime rate like Japan, such an attack on a former prime minister shocked the whole world. Abe was one of Japan’s most popular leaders after World War II. Apart from his quiet nature, he will be remembered for his many achievements, including policy abenomics and strong foreign policy, which have boosted the economy.

A wave of mourning around the world

After World War II, Abe became one of the leaders who twice had the opportunity to become the Prime Minister of Japan. He is known for increasing Japan’s military capabilities and strongly opposing China’s growing dominance. News of Shinzo Abe’s death has sent shockwaves through Japan, with world leaders praying for peace.

Abe first became Prime Minister of Japan in 2006. At the same time, his name was associated with the title of the youngest Prime Minister of Japan. However, his first term did not last long and Abe had to resign in 2007. After which his party lost the election in 2009. He became prime minister for the second time in 2012, when the Conservative Party won his presidency. He pledged to work with the Japanese people during the election to strengthen the economy, curb deflation, reduce post-World War II constitutional restrictions and resume traditional values.

Shinzo Abe’s Abenomics theory gained worldwide discussion but failed at the grassroots level. However, Abe kept trying to invite foreign investors to Japan on the strength of this principle. The sudden Corona epidemic in 2020 had the most profound effect on Abe’s abenomics. Abe became Japan’s longest-serving prime minister in November 2019 and had to step down in 2020.

Remember these achievements will be done

Shinzo Abe’s popularity can be gauged from the fact that Forbes ranked him as the 38th most powerful person in the world in 2018. He also acted in films before entering politics. Their networth increased to over 10 10 billion. He was born into a political family. Japan had already got two prime ministers from his family.

After the defeat in World War II, many sanctions were imposed on Japan. One of the conditions was to rein in military strength. Abe was the first Prime Minister of Japan who dared to change in a changing world and felt the threat of China. Considering China’s aggressive policies and a neighbor like North Korea, Abe began to get Japan’s military strength back on track. Now even though Shinzo Abe is not in this world but he will always be remembered as a visionary leader.