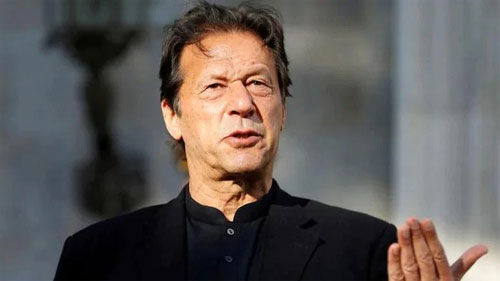 – After a petition filed by PML-Q, the Supreme Court issued notices to Deputy Chairman Mazari and M.M. Shahbaz.

Pakistan Prime Minister Shehbaz Sharif’s son Hamza Shehbaz was sworn in as the Chief Minister of Punjab province on Saturday but the political storm brewing in Pakistan does not seem to subside. In fact, Hamza won the election for the post in the provincial assembly by just three votes, that too after Deputy Speaker Dost Muhammad Mazari declared the 10 votes cast for Hamza’s opponent null and void.

Actually this election was held according to the order given by the Supreme Court. It is worth mentioning that After the by-elections held on 17th July, Sharif’s PML-N lost its majority. Despite this, Hamza was able to be elected in the Punjab Legislative Assembly on the issue of Chief Minister. Because Mazari canceled 10 votes cast for Sharif’s rival and Pakistan Muslim League Q (PML-Q) candidate Chaudhry Pervez Elahi. The PML-Q is an ally of Imran Khan’s party Pakistan Tehreek-e-Insaf (PTI).

In a statement released in this regard, Mazari said that 10 PML MLAs under the leadership of Sujjit Hussain had upheld the party’s mandate. According to the rules of Pakistan, those who do not follow the orders of the party and act contrary to the instructions of the party are considered to be void.

The Punjab Legislative Assembly consists of 368 members. Hamza’s party got 179 votes while Elahi’s party got 176 votes. Now, if those 10 votes were not cancelled, Chaudhary Parvez Elahi would have won.

Imran Khan, the former Prime Minister of Pakistan, who was shocked by this defeat, appealed to the people to protest peacefully. But in Karachi, the members of Imran Khan’s party started holding demonstrations. And these protests, which started peacefully at first, turned violent. After this, protest cyclone has started in different cities in Pakistan. PML-Q, an ally of Imran Khan’s party PTI, reached the Lahore-based Supreme Court registry late on Friday night amid fears of a political storm brewing across the country. And presented a petition against the election of Chief Minister of Punjab.