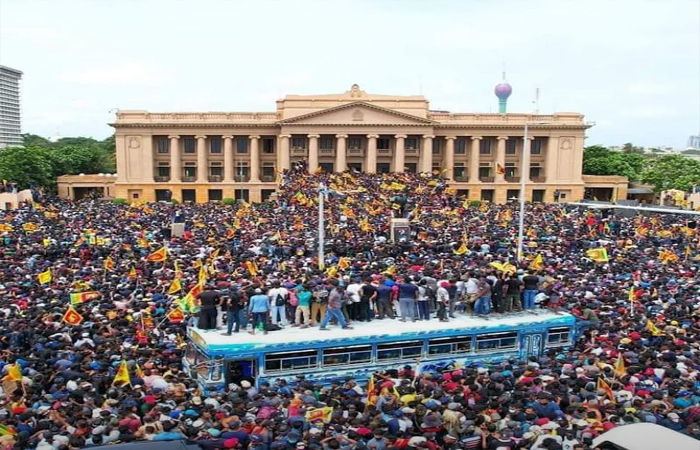 Seeing the aggression of the people, Gotabhaya had fled but now, according to media reports, people have got crores of rupees from his house. In a video shared on social media, protesters were seen counting notes.

The people handed over the amount to the security personnel present. It may be mentioned that the people who broke into the residence of the President yesterday had to take a bath in the swimming pool there. Some people were even seen making meals in the kitchen.

There is a lot of outrage among the people about the economic condition of Sri Lanka. The economic crisis has led to a severe shortage of petrol, diesel and other necessities in the country.