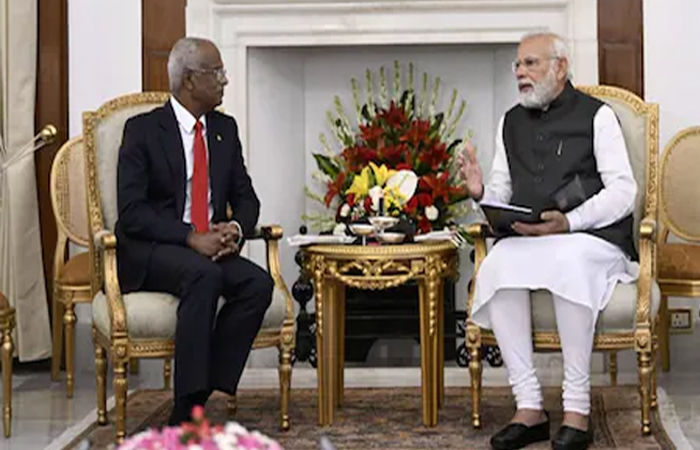 After the summit talks, Prime Minister Modi said that he has decided to provide an additional credit facility of USD 10 crore to Maldives so that all the projects can be completed on time.

Prime Minister Modi said that friendly relations between the two countries have seen new vigor and closeness has increased. He said, despite the challenges created by the Kovid epidemic, the cooperation between us is taking the form of a comprehensive partnership.

The threat of transnational crime, terrorism and drug trafficking in the Indian Ocean is serious. He said that a close relationship between India and Maldives is important for peace. He said that the India-Maldives partnership is not only working in the interest of the citizens of both countries but is also becoming a source of stability. India has been the first to respond to any need or crisis of Maldives and will continue to do so.

Maldives President Solih said that we reiterate our firm commitment to fight terrorism. Maldives will be a true friend of India. The Maldivian President arrived in Delhi on Monday for a four-day visit to India along with a high-level delegation.