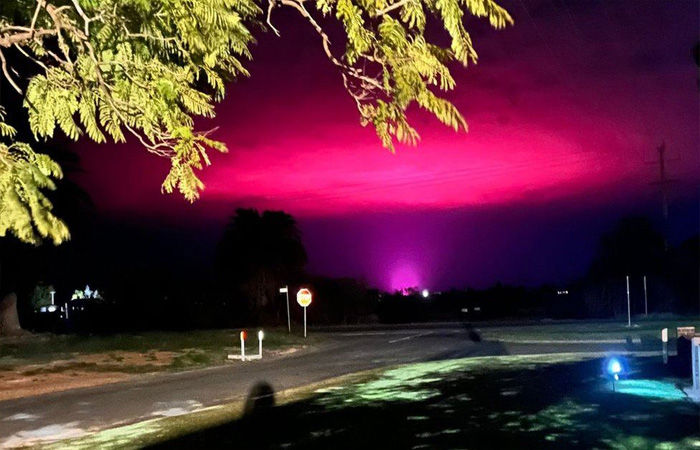 In the area near the city of Mildura in the state of Victoria, Australia, people were scared when suddenly pink lights scattered in the night sky. However, in this case, later, a ghat was created like a dug hill and a rat that came out.

According to the details, suddenly a part of the sky started shining with pink light at night. The people of Mildura were horrified to see this. Many thought that this was the act of aliens, while some were afraid that the world would end.

However, in the meantime, a woman, Rosie Hedge, fearlessly went to the place where the pink light was coming from. Rosie reached the place by sitting in a car and when she went there, she came to know that the place where the light is coming from is a ganja field and a pharmaceutical company is cultivating ganja there. The company uses pink LED lights to help grow cannabis faster and better.

Usually the field area is covered with a curtain before using this light but yesterday a pink light reached the sky when a part was left open.