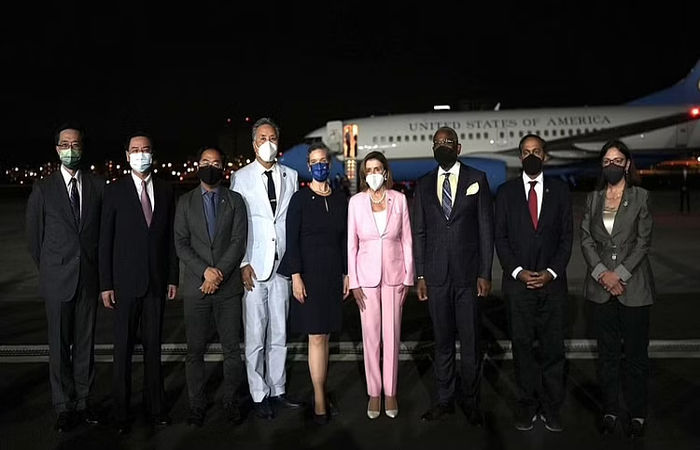 Washington: US House of Representatives Speaker Nancy Pelosi on Tuesday. Arriving in Taiwan aboard an Air Force passenger jet, he became the first high-ranking US official to visit the ‘self-ruled’ island in 25 years.

They also made a joint statement with the President of Taiwan and addressed the Parliament of Taiwan. He also visited the island nation of Dharar, ignoring China’s strong opposition. China is furious.

Pelosi’s visit has increased tensions between China and America. On the other hand, while consoling China, Joe Biden said that Pelosi’s visit will not change the one-China principle of America. However, China is not satisfied with those words.

Before Pelosi’s visit, Xi Jinping had directly threatened America during a long phone conversation with Biden. Against that, Biden said that America-One-China is sticking to the principal. Our relations with Taiwan are informal.

It’s worth mentioning at this point that Pelosi has been fighting for a embattled democracy for decades. After the 1991 massacre in Beijing’s Tiananmen Square, Pelosi was angered by the Chinese police when her accompanying lawmakers unfurled small pro-democracy banners.

Thus, America has been affirming democracy and its values ​​for decades. Opposing China’s communist authoritarian government. This is the main reason for frequent sparks between the two countries.