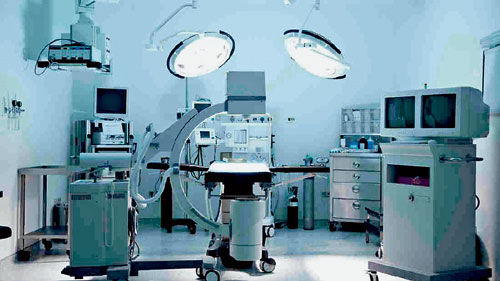 – Medical device market in India is Rs. 87,752 crore, with foreign imports accounting for more than 70 percent

India’s over-dependence on imported medical devices is becoming ‘critical’. The reason for the increase in imports is its high domestic demand and the loss of domestic producers due to high taxes. According to the Association of Indian Medical Device Industries, during the year 2021-22, the import of medical devices in India increased by 41 percent to Rs. 63,200 crores, which in the previous year 2020-21 was Rs. 44,708 crores.

This situation is a matter of concern for India as imports have increased by half.. five times in the last six years, in India in 2016-17 only Rs. 12,866 crore was imported. It is a very serious matter as China is becoming the primary source of import of medical devices. Last year, its import from the neighboring country increased by 48 percent year-on-year to Rs. 13,538 crores. According to a preliminary estimate, the medical device market in India is 11 billion dollars, ie Rs. 87,752 crores, of which the share of foreign imports is more than 70 percent.

Imports of medical devices in India (in Rs. Crores)

Reasons for increase in import…

India’s over-dependence on imported medical equipment raises several concerns, experts said. Due to the corona epidemic, there has been a huge increase in the import of medical devices in India. Demand for healthcare facilities for Covid-19 and other diseases has increased imports of medical equipment. As foreign devices are cheaper compared to domestic devices, Indian manufacturers are getting hit hard.

Currently, the basic import tariff on medical devices in India is between 0 and 7.5 percent. In which import duty on many medical devices is nil, which is the main reason for increasing imports. Both the government and private sectors are building many new specialty and super-specialty hospitals, which is also increasing imports of medical equipment. Many foreign hospital and healthcare service chains are also entering India, due to which this sector is currently growing rapidly.

Government efforts such as the Production Linked Incentive (PLI) scheme and setting up of medical device parks to promote medical device manufacturing at the local level have not seen much impact, leading to a gap between policy intent and implementation.

Top-Five Sources of Import of Medical Devices (in Rs. Crores)

India’s import dependency is highest in the ‘Electronics and Equipment’ category of medical devices and is expected to be valued at Rs. 40,649 crores. This category includes MRI machines, CT scanners, ultrasound machines, X-ray machines, cancer diagnostics, dental drills and other surgical devices. Devices actually imported include diagnostic kits, reagents, hand-held diagnostics equipment and operating room simulations. These devices account for about 50 percent of the total imports.

A negative impact on local producers

Local manufacturers said that in the case of medical devices, it is cheaper to import raw materials from abroad than to buy them in India, and for this reason some small and medium-sized units have shut down. Of course, during the peak of the Corona epidemic, the number of local medical device manufacturers in the country increased to 1,800. However, as imports from abroad increased, local units started closing down. At present approximately 1500 units are functioning in the country and many industries are on the verge of closure.

The government should have a well-defined National Medical Device Policy to set short, medium and long-term goals for the domestic medical device industry.

The government should rationalize the inverted duty structure which is the main reason for the growing import dependency of the country. There are three slab rates of GST in the medical device and equipment sector – 5 percent, 12 percent and 18 percent. Which should be consistent with the same rate of 12 percent. An inverted duty structure situation arises when the tax on parts is higher than on finished products. This tax structure increases the production cost of the product while making the finished products cheaper.

Certain categories of medical devices must be imported into India due to quality concerns. There is a difference in the quality of domestically manufactured products and imported products in India. Indian manufacturers have to put in a lot of effort in terms of research and production of the right model.

Hand-held or portable diagnostic equipment for blood sugar and blood pressure testing is also a fast growing segment in the country. Secondly, patients are also giving more priority to imported devices. Imported products for implants are three to five times more expensive, yet patients, when given a choice, prefer imported products over locally manufactured implants.