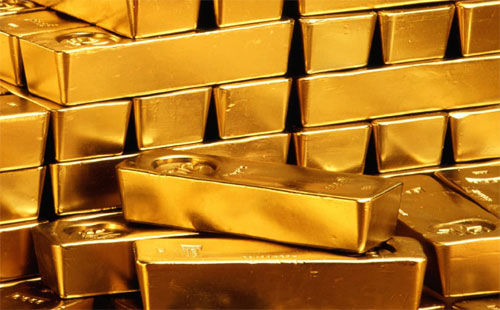 – As the purchasing power of consumers decreases, the gold trade may decline, adding to the burden of wedding expenses

The smuggling of gold is likely to increase as the government decides to increase the duty on gold imports from 10.5 per cent to 12 per cent to boost exports and reduce imports of all commodities from the country. The Finance Ministry noticed a sudden increase in gold imports. In May 207, 108 tonnes of gold was imported. June figures have not yet been released. Declining gold imports could reduce demand for the dollar. If that happens, the dollar may stop strengthening against the Indian rupee. It can also save a lot of money. Most of the families in India do not celebrate weddings and other big and small occasions without buying gold. Therefore, the possibility of an increase in smuggling due to increase in import duty on gold cannot be ruled out. Illegal workers will focus more on smuggling gold as it saves a large amount of duty. The responsibility of the customs department will increase. On the other hand, the purchase of gold jewelery will now become more expensive due to the increase in import duty on gold. With the increase in import duty on gold, the budget for wedding expenses will go up. Wedding budgets for other items will go up as inflation rates for food and other products, not just gold jewelery, have risen sharply.

Discussing the reasons for the increase in import duty on gold, a gold importer said that the weakening Indian rupee was behind the increase in duty on gold imports. At present, the Indian rupee is hovering around 7.5 in the exchange market. In the coming months, the rupee is likely to fall to a low of 70 against the US dollar. If that happens, India could lose a huge amount of foreign exchange on imports. India imports an estimated 200 to 40 tonnes of gold a year during the summer. This gold, once purchased, remains in the buyer’s coffers for years and decades. So it does not benefit the economy much. The money does not move, it is imprisoned in the treasury. As a result, the government intends to reduce its imports and save foreign exchange.

On the other hand, crude prices are rising. The price per barrel is expected to rise to 150. Crude prices are expected to touch અને 150 and ૪ 150 in the coming months. India’s economy is projected to be in the range of ૭૫ 8- ૮ 50 per barrel for the year 205-2. Against this, a 20 per cent price hike has been a burden from the very beginning. Its imports also cannot be reduced. If crude imports are reduced, the growth of the country’s industries is likely to stall. Therefore, to reduce gold imports, the import duty on gold has been increased by 7.5 per cent. The gold market is also witnessing more volatility in its prices. That is why an attempt has been made to reduce its import by increasing the import duty.

As the price of gold rises and the purchasing power of the people declines, the work of making goldsmiths’ jewelery will be reduced by about 15 to 20 per cent. Under its direct effect, the income of goldsmiths will decrease. Many artisans are likely to fall in love. There are an estimated 20 million artisans in India who make gold and silver jewelry. About 70% of them, i.e. more than 20 lakh artisans are in Gujarat alone.

The additional effect of import duty will be felt after two months. For now, most Sony will run on old gold stocks. There is no denying the possibility that the market will remain in disparity for one to one and a half or two months after the sale of old stock and the use of new imported gold. India’s imports are high and exports are low. Therefore, the Government of India has increased the duty on gold imports by four and a half per cent with the intention of keeping the foreign exchange reserves at a high level if imports of items like gold are reduced.