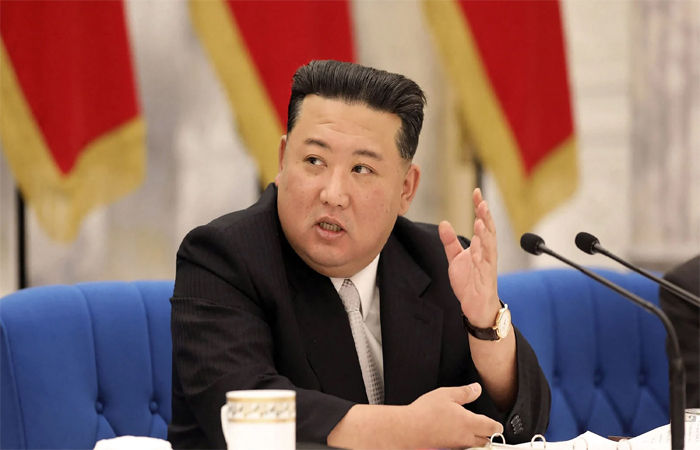 – North Korea has repeatedly blamed the U.S. for the Ukraine crisis, saying it was a ploy to establish its hegemony.

Pyongyang: North Korea has joined the few countries that have recognized the independence of the Russian-backed separatist regions of eastern Ukraine. Therefore, Ukraine has severed diplomatic relations with North Korea and condemned the move to undermine Ukraine’s sovereignty and territorial integrity over North Korea.

It is worth mentioning that North Korea has repeatedly blamed the US for the Ukraine-crisis and has consistently opposed its policy of spreading its hegemony, along with which it has called Russia’s aggression justified.

North Korea’s state-media said on Thursday that our Foreign Minister Cho Sun Hui had a day before the separatist areas, which have now broken away. It has sent letters to the leaders of Donetsk, and Luhansk, saying that North Korea accepts their independence, and is eager to establish diplomatic relations with both of them.

Denis Pushlin, the separatist leader of Donetsk, accepted this decision of North Korea on Wednesday.

Together, Luhansk and Donetsk form the Donbas region. It is mostly inhabited by Russian-speaking people. The area is full of steel factories, mines and industries. In 2014, the separatists had captured both the provinces. But President Putin recognized them just days before launching the invasion. Along with this, Syria also recognized them as an independent nation.

Ukrainian Foreign Minister Dmytro Kuleba said that Russia’s appeal to North Korea for support shows that Moscow has no allies in the world, except those that are economically and politically dependent on Russia.

Ukraine has severed political and economic ties with North Korea since the imposition of international sanctions over its nuclear and missile programs.