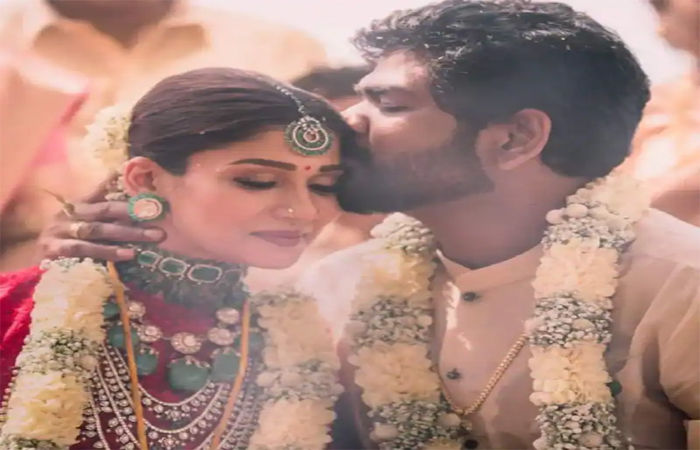 Mumbai: South superstar Nayantara and filmmaker Vignesh Sivan’s wedding video will be screened as a documentary on an OTT film.

Nayanta Ra and Vignesh Sivan got married in Mahabalipuram last June 9. Celebrities including Shahrukh Khan, Rajinikanth, Suriya were present in their wedding. Hence, the star value of this documentary is rated higher than any film anywhere.

It was earlier discussed that Nayantara and Vignesh had sold the rights to show their marriage ceremony on screen to the OTT platform, but soon after the wedding, both of them shared several photos on social media, and speculations started about whether the contract with OTT is still in place.

However, now the OTT platform itself has released the teaser of this marriage and it has been decided that the marriage documentary of both is coming.

Earlier in Bollywood, Vicky Kaushal and Katritna Kaif were also discussed to have signed a deal with an OTT platform to show some of their marriage sequences. However, soon after the wedding, the two posted pictures on social media and within a few days, it became clear that the deal with OTT had not materialized as pictures of all the wedding ceremonies were posted.

Earlier it was discussed that Priyanka Chopra sold her wedding photos to a magazine at a very high price.