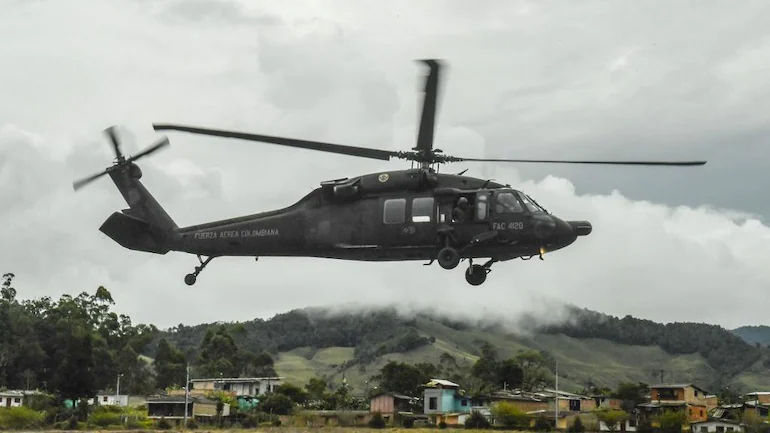 A Navy helicopter crashed near Los Mochis in Mexico’s Sinaloa province. 14 out of 15 soldiers were killed in the helicopter. One injured person is being treated. An investigation into the cause of the helicopter crash has started. It is quite possible that this accident is related to the arrest of the most wanted drug mafia.
A Navy helicopter crashed after the arrest of the most wanted drug lord Rafael Caro Quintero from San Simeon in Mexico’s Sinaloa province, killing 14 soldiers. One is in a very serious condition. This team of marines was helping in the arrest of drug mafia, hence the possibility of this accident being related to it is being expressed.
Mexican drug mafia Rafael Caro, who was included in the top-10 most wanted list of the American agency FBI, was arrested by the Mexican security forces. Mexico took this action after a meeting was held with the President of Mexico and the American President. A navy helicopter crashed hours after the drug mafia was arrested. The Navy helicopter crashed near Los Mochis in Sinaloa province. There were a total of 15 soldiers, out of which 14 were killed and one was seriously injured. An investigation into the cause of the accident has been carried out. However, the Navy expressed the possibility that it had links with the arrest of the drug mafia. All the soldiers who died were helping to arrest the drug mafia. Apart from the arrest of the drug mafia, the soldiers on board the helicopter were also involved in the operation to transport them.
Drug mafia Rafael Caro, included in the most wanted list of America-Mexico, started the Guadalajara drug cartel operating in Latin America in the 1980s. This cartel is considered to be very active and powerful. American agencies had announced a reward of 160 crore rupees for the head of this drug mafia.